Foreign Policy, United Nations
Save for Later
From The Right 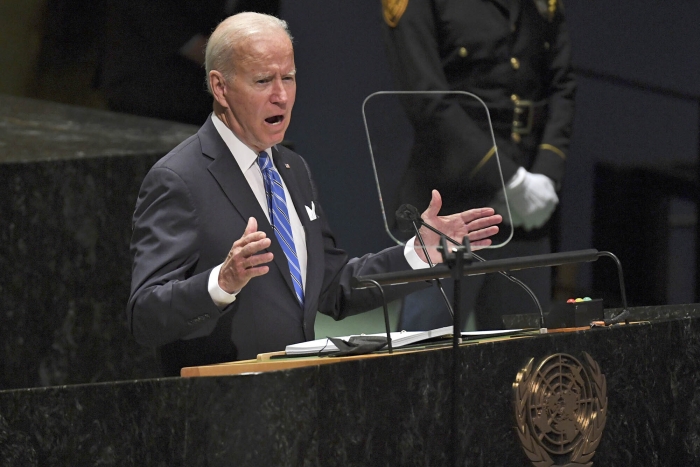 The United States is moving into a “new era of relentless diplomacy,” President Biden said Tuesday during the opening of the UN General Assembly, despite several glaring diplomatic blunders by his administration in recent weeks.

In the days leading up to the UNGA, the Biden administration has been forced to answer to Congress for the chaotic troop withdrawal from Afghanistan, as well as diplomatic frustration from France over the nuclear-powered submarine deal with the United Kingdom and Australia.

The United States plans to ease restrictions on travel for fully vaccinated visitors from Canada and Mexico starting in early November, relaxing bans that have...

The Biden administration will open up U.S. land borders with Canada and Mexico to non-essential travel starting in November — but only to those fully...

The Organization for Economic Cooperation and Development on Friday announced a major breakthrough on corporate tax rates, after years of disagreement. The...

US to reopen land borders next month for fully vaccinated

After a 19-month freeze due to the COVID-19 pandemic, the U.S. is set to announce that it will reopen land borders with Canada and ...