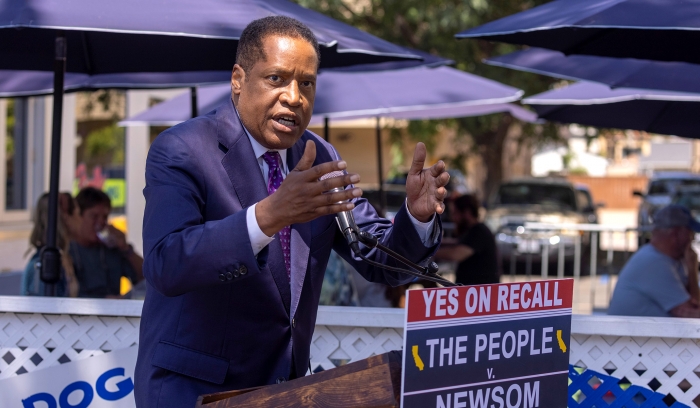 Videos of the incident appear to show an egg being thrown toward Elder as he walked through the Venice neighborhood with members of his campaign team during a trip to the community to address the homeless crisis. One of Elder’s staffers puts his arm on the Republican’s back and warns, “We’re getting egged from behind.”

Moments later, someone launched a second egg toward the candidate and his team. The video does not show whether Elder was hit by the eggs during the attack.

The woman in the gorilla mask appeared to slap a staffer in the face, while a man shouted at Elder that he is a “piece of sh**” as the candidate was escorted away from the situation.

Read full story
Some content from this outlet may be limited or behind a paywall.
Polarization, Violence in American, Newsom recall, Larry Elder, California. Gavin Newsom, Elections