How America lost its commitment to the right to vote

voting rights and voter fraud, Supreme Court, Elections
Save for Later
From The Left 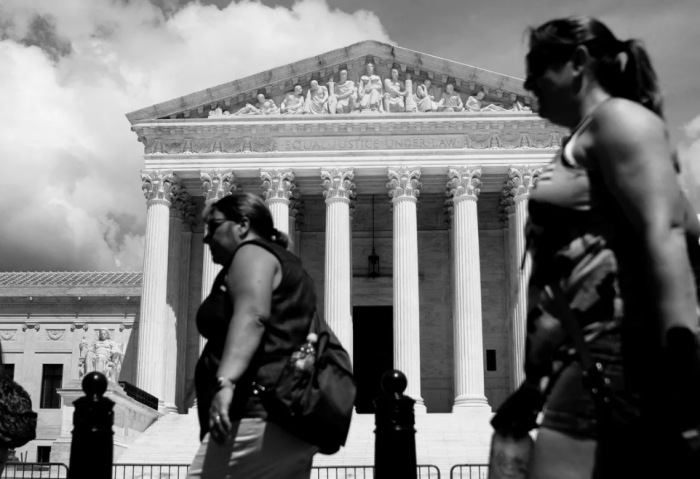 The Supreme Court isn’t even pretending that it’s bound by legal texts in its voting rights cases.

The Supreme Court, Justice Elena Kagan lamented in a dissenting opinion earlier this month, “has treated no statute worse” than the Voting Rights Act.

The Voting Rights Act is arguably the most successful civil rights law in American history. Originally signed in 1965, it was the United States’ first serious attempt since Reconstruction to build a multi-racial democracy — and it worked. Just two years after President Lyndon Johnson signed the Voting Rights Act into law, Black voter registration rates in the Jim Crow stronghold of Mississippi skyrocketed from 6.7 percent to nearly 60 percent.

And yet, in a trio of cases — Shelby County v. Holder (2013), Abbott v. Perez (2018), and Brnovich v. DNC (2021) — the Court drained nearly all of the life out of this landmark statute. After Brnovich, the decision that inspired Kagan’s statement that the Court has treated the Voting Rights Act worse than any other federal law, it’s unclear whether the Supreme Court would rule in favor of voting rights plaintiffs even if a state legislature tried to outright rig an election.

These cases are the culmination of more than half a century of efforts by conservatives who, after failing to convince elected lawmakers to weaken voting rights, turned to an unelected judiciary to enact a policy that would never have made it through Congress. All of this is bad news for minority voters in America, who are most likely to be disadvantaged by many of the new restrictions currently being pushed in statehouses across America, and for the country’s relatively young commitment to multi-racial democracy. And there are at least three reasons to fear that decisions like Shelby County and Brnovich foreshadow even more aggressive attacks on the right to vote.

The first is that Republican partisans can use race as a proxy to identify communities with large numbers of Democratic voters. In 2020, according to the Pew Research Center, 92 percent of non-Hispanic Black voters supported Democrat Joe Biden over Republican Donald Trump — and that’s after Trump slightly improved his performance among African Americans compared to 2016.

NEWS
The filibuster is unbearable, odious and infuriating. We better not get rid of it.
Pete Weichlein