voting rights and voter fraud, Elections, 2020 Election, Wisconsin
Save for Later
Add to My Front Page
From The Right 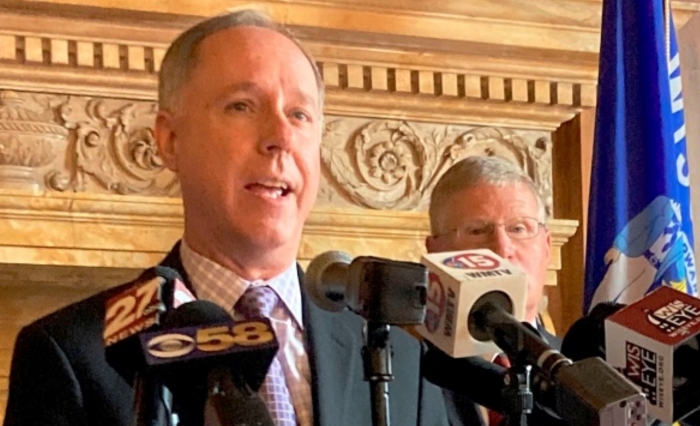 A top Wisconsin Republican is hiring three former police officers to investigate parts of the 2020 election.

According to the Milwaukee Journal Sentinel,  Assembly Speaker Robin Vos says the retired police officers will spend three months on the taxpayer-funded investigation.

Vos maintained he is not trying to change the results of the election and said he recognizes President Joe Biden won Wisconsin.

He said he hopes the investigators can get to the bottom of issues Republicans have raised unsuccessfully in court.

"Is there a whole lot of smoke or is there actual...

Read full story
Some content from this outlet may be limited or behind a paywall.
voting rights and voter fraud, Elections, 2020 Election, Wisconsin

NEWS
Did Pennsylvania Receive More Mail-In Ballots Than Were Sent Out?
The Dispatch Fact Check

NEWS
Are there 28 new, restrictive voting laws? Not exactly
PolitiFact

Naming and Shaming the Organizations, Corporations, and Billionaires Behind Voter Suppression
ANALYSIS

Sean Morales-Doyle, the acting director in the Democracy Program for the Brennan Center for Justice, brought a message about the urgent need to protect voting...

Arizona senators on Monday issued a new subpoena to the state’s largest county for materials related to the 2020 election. Arizona Senate President...