After Georgia: Here Are 4 States To Watch Next On Voting Legislation

voting rights and voter fraud, Voting Laws
Save for Later
Add to My Front Page
From The Center 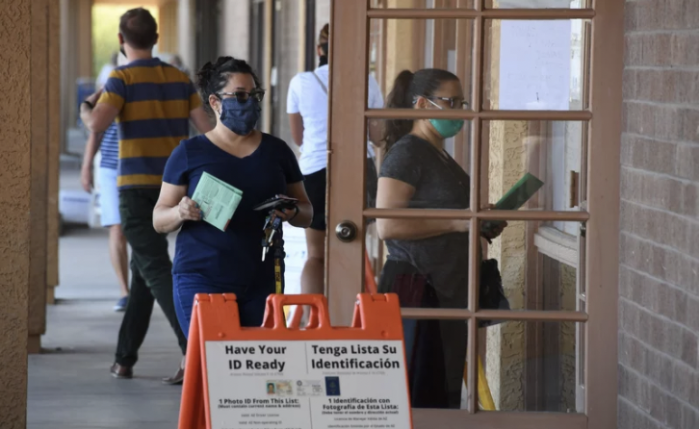 While the debate and recriminations over Georgia's controversial new election law continue, some attention turns elsewhere, to other states where lawmakers are similarly weighing contested voting legislation.

In the wake of last year's massive voter turnout, lawmakers across the country have proposed hundreds of bills to reform how their states conduct elections.

Iowa, like Georgia, is among the states that have already passed voting overhauls. Kentucky is another — a rare instance in which there was bipartisan agreement.

But what else is likely to actually become law falls mostly along...

NEWS
Democrats’ election overhaul is expected to clear a major Senate hurdle, but the road ahead is unclear.
New York Times (News)

The claim: Colonial Pipeline hack proves election infrastructure could have been hacked Communities along the East Coast continue to face gas shortages after...

Will anything break the GOP’s embrace of election lies?

During the debate over Representative Liz Cheney’s role in leadership, there were plenty of arguments offered as to why her ouster wasn’t really about her...

A former postal worker was fined after he was caught with hundreds of pieces of undelivered mail on Election Day, including absentee ballots. Brandon Wilson...