Here Are Your Key Takeaways From The Vice Presidential Debate

2020 Election, 2020 Presidential Debates, Mike Pence, Kamala Harris, Elections
Save for Later
Add to My Front Page
From The Left 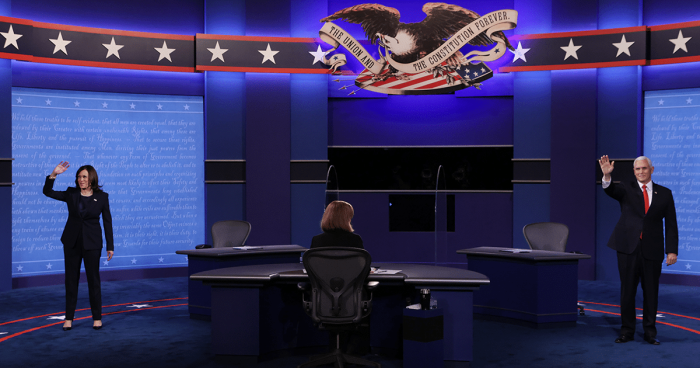 One of the biggest moments of the debate was Sen. Kamala Harris confronting Vice President Mike Pence about interrupting her.

Then-President Donald Trump pressured his new acting attorney general to overturn the 2020 vote, telling him “just say that the election was corrupt...

GOP state Rep. Jake Ellzey won a special election runoff in Texas on Tuesday, unexpectedly defeating the widow of the GOP lawmaker he will replace in the U.S....