No, Cancel Culture Isn't a Threat to Civilization 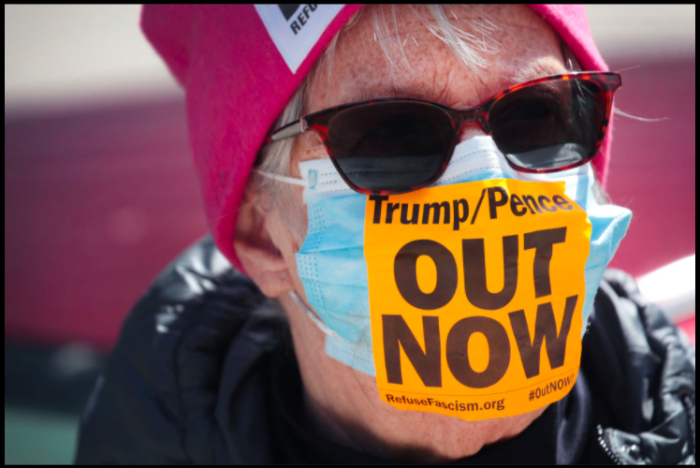 A specter is haunting Western democracies. No, it is not the surging pandemic, mass death or catastrophic unemployment. It is, if you believe Donald Trump and some of his critics, the end of free speech and the advent of “cancel culture.”

Trump defined the new menace to civilization in his speech at Mount Rushmore, claiming that far-left fascists were “driving people from their jobs, shaming dissenters and demanding total submission from anyone who disagrees.”

NEWS
A New Way to Look at the Data: Similarities Between Groups of People Are Large and Important
American Psychological Association

What Ruth Bader Ginsburg Would Want America to Do Now
ANALYSIS

Ruth Bader Ginsburg was 87 years old when she passed away on Friday night. If you were keeping cosmic score, it was the Jewish New Year and a day for hope and...

I'm a Democrat who worked with police for 28 years. I wish everyone knew them like I did.
OPINION

Last week I got an email from a Drug Enforcement Administration agent I used to work with when I was a federal prosecutor at the Justice Department. He’s a...

Since she retired last year, my mom has spent a good deal of her free time knocking on doors and making phone calls for political candidates. During the...

Fox News uses the word “hate” much, much more often than MSNBC or CNN

Fox News is up to five times more likely to use the word “hate” in its programming than its main competitors, according to our new study of how cable news...

Religiously unaffiliated people more likely than those with a religion to lean left, accept...
DATA

Most people around the world identify with a religion or religious group. The rest, an estimated 16% of the global population in 2020, are religiously...

A New Way to Look at the Data: Similarities Between Groups of People Are Large and Important
DATA

Most published research focuses on describing differences, while neglecting similarities that are arguably at least as interesting and important. In Study 1,...

During the months of the Covid-19 lockdowns, hundreds of thousands of New Yorkers fled the city, some for second homes in the country and some to resettle in...

Are You Ready for a Second Round of Pandemic Lockdowns?
ANALYSIS

We are enjoying, or suffering, an epoch of the toppling of statues. Now consider the recent demand for the "contextualization" (meaning the embedding of...

Liberals need to sleep in the bed they've made
OPINION

So this is it, huh? I must say, the end of American democracy feels strangely like whatever stage in its terminal decline we were in just before. Look at the...

Poll Respondents: We Have No Idea Who Is on the Supreme Court or What We Think of Them
ANALYSIS

Marquette Law School released some fascinating results of a survey measuring what Americans think — and what they know — about the Supreme Court. Most...