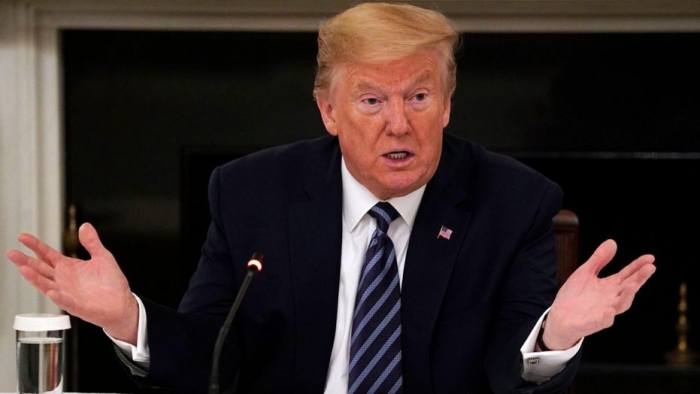 President Trump on Friday night fired the State Department’s inspector general, saying in a letter to Congress that he no longer had confidence in the Obama administration appointee.

The president’s letter did not mention Steve Linick by name but said his removal would take effect in 30 days, The Associated Press reported.

"Piracy," "hijacking" and "state terrorism" — the condemnation of Belarus was swift and strong after it forced the landing of a commercial airplane ...

Biden Preparing to Declare That Atrocities Against Armenia Were Genocide

More than a century after the Ottoman Empire’s killing of an estimated 1.5 million Armenian civilians, President Biden is preparing to declare that the...

The United States and its allies in Canada, Britain and the European Union on Monday announced sanctions on several Chinese officials alleged to have links to...

U.S. Secretary of State Antony Blinken has authorized U.S. embassies around the world to fly Black Lives Matter (BLM) flags and banners, according to an...

U.S. President Joe Biden is intent on restoring the 2015 nuclear agreement with Iran, and with talks resuming in Vienna on Thursday after a weeklong break, his...

The U.S. has publicly raised the threat of a joint boycott of the 2022 Winter Olympics in China with its allies and partners, State Department spokesperson Ned...

The U.S. Department of State on Thursday condemned the Nigerian government for suspending Twitter and targeting individuals who use the social media site...

President Joe Biden's halting of a State Department investigation into the origins of the COVID-19 pandemic in Wuhan, China, has two Senate Republicans...

US condemns Belarus over opposition journalist’s arrest after forced landing

The US has condemned Belarus for forcing a passenger airplane to land for a supposed “security alert” — leading to the arrest of an opposition journalist...