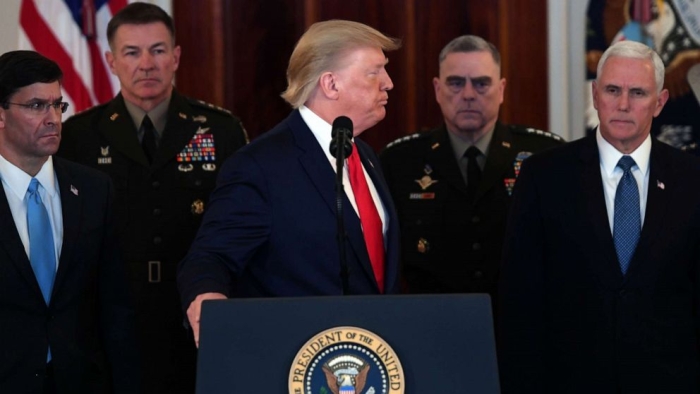 Before President Donald Trump even said "good morning" in a televised address responding to Iran's strikes on U.S. targets, he announced, "As long as I am president of the United States, Iran will never be allowed to have a nuclear weapon."

It's an often-repeated line from him, but there was one change in U.S. policy Wednesday: Trump called for other world powers to abandon the nuclear accord, which is barely surviving after he withdrew the U.S. in 2018 and Iran has unraveled its cooperation since 2019.

Biden: If Using Force on Iran Is the Last Resort, 'I Will Use It'
Newsmax (News)