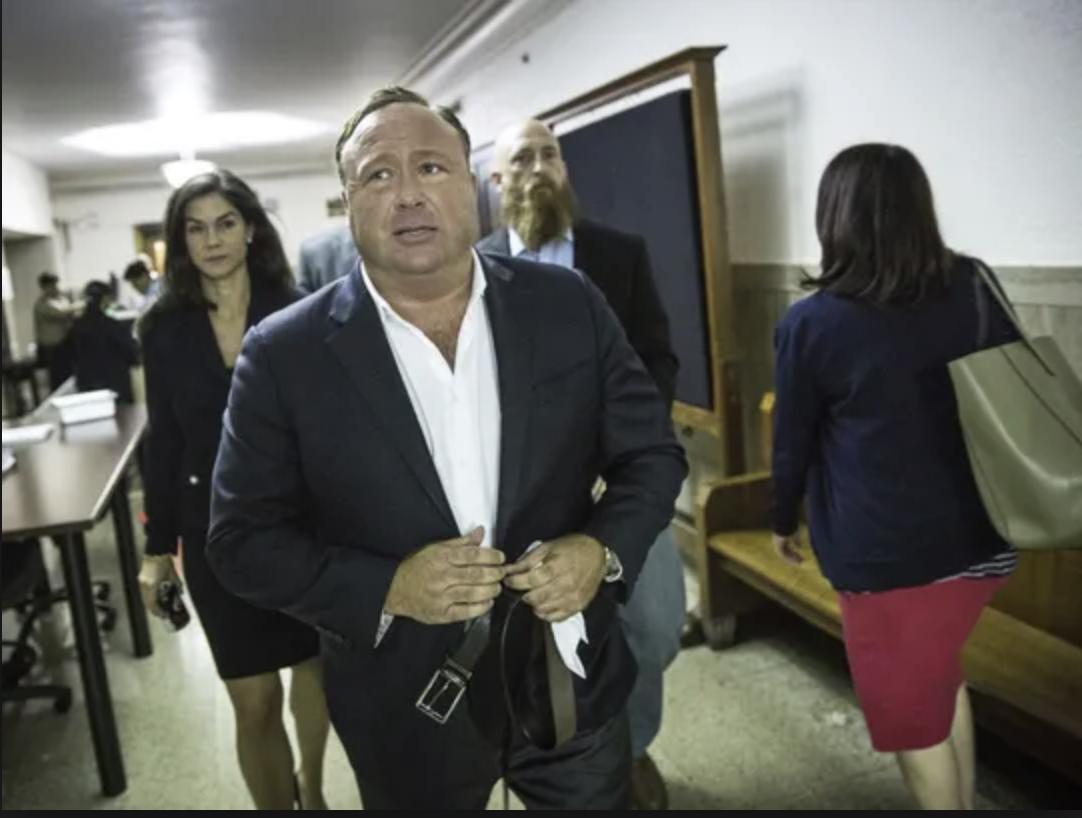 Alex Jones, the firebrand Infowars host and conspiracy peddler says in a sworn deposition that his false statements after the Sandy Hook killings were caused by a "psychosis."

Jones made the claim in response to a defamation lawsuit brought by family members of the victims of the 2012 massacre.

He faces eight lawsuits over his comments about the tragedy, including conspiracy theories that the shooting, that left 27 people dead, including 20 children, was a staged event and that parents of the victims lied about the deaths.

NEWS
Why these protests are different
Vox

Go ad-free!   About these ads
More news about Violence in America
https://www.usatoday.com/story/news/2019/03/30/infowars-host-alex-jones-blames-psychosis-sandy-hook-claims/3318972002/

Why these protests are different
ANALYSIS

There have been uprisings against police brutality and racism before, but this is the country at its exasperation point. Americans have come out nightly in...

Maurice Lester Hall, who fled Minneapolis after witnessing George Floyd’s death, was arrested Monday in Houston and interviewed by a Minnesota investigator...

Washington (CNN)Secretary of Defense Mark Esper said Wednesday that he does not support using active duty troops to quell the large-scale protests across the...

The chemical weapon was originally marketed to police as a way to turn protesters “into a screaming mob.” It was a chilling split screen at the start of...

Trump and the Protests

“President Donald Trump’s warning [Monday] that he would deploy the United States military to any state that refuses to take aggressive action against rioting...

ST. LOUIS (AP) — A retired police captain who died during a night of violent protests was trying to protect his friend’s pawn shop, his widow said. David...

Defense Secretary Mark Esper said Wednesday he does not support invoking a law that would allow President Trump to use the U.S. military for domestic law...

Rate Bias
Violence in America
Phoenix's Jeri Williams is one of the nation's few black female police chiefs. She says...

Like many police chiefs across the country, Phoenix Chief Jeri Williams has denounced the death of George Floyd, the black man killed by a white police officer...

Trump, Biden battle to shape opinion on scenes of unrest

President Trump and presumptive Democratic nominee Joe Biden are fighting to shape public perception around the protests convulsing the country, a high-stakes...

Hundreds of looters and rioters arrested by the New York Police Department over the past several days have been immediately released due to the state's new...

Far-left Twitter, which has refused to take down posts on its platform coordinating looting in American cities, as well as posts encouraging riots and violence...

This Riot Brought to You By Nike
OPINION