At $4 Billion, 2014 Is Most Expensive Midterm Ever

Election, Election 2014, Campaign Finance, Elections
Save for Later
From The Center 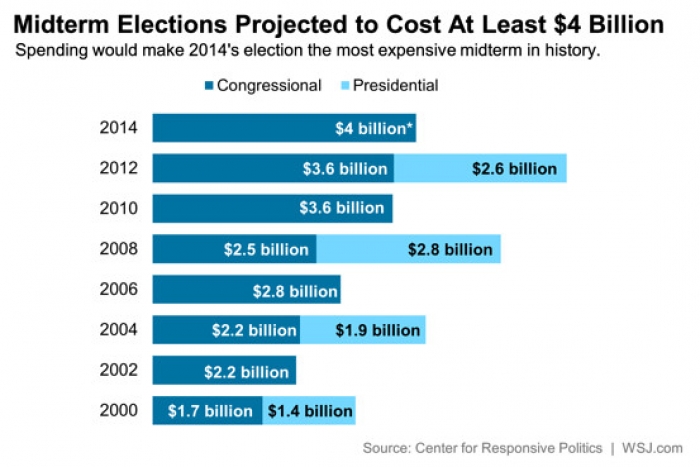 Nearly $4 billion will have been spent on this year’s midterm election, including $2.7 billion spent by candidates and parties and almost $900 million spent by outside groups, according to a projection by the nonpartisan Center for Responsive Politics.

That’s a stunning figure, making this election by far the most expensive midterm in history—outpacing 2010 by almost $400 million and 2006 by nearly $1.2 billion. It would also outrank the amount of money spent on congressional races in 2012, by about $330 million.

Read full story
Some content from this outlet may be limited or behind a paywall.
Election, Election 2014, Campaign Finance, Elections