Could the Battle for the Donbas Change the Russia-Ukraine Conflict?

This week, Russia's war on Ukraine entered a new phase as the invasion starts to focus on eastern Ukraine, including the Donbas region.

Russia hopes to gain control of the Donbas, which includes the two "breakaway republics" of Luhansk and Donetsk, and annex it as part of Russia.  Analysts from across the spectrum say the offensive could prove to be significant and decisive in the war, and could change how Ukraine's territorial boundaries look going forward.

Ukrainians in Donbas have already been impacted by eight years of fighting with Moscow-backed separatists, and are preparing for an intense assault as Russian military convoys move toward the region with the aid of 20,000 mercanaries from Libya, Syria, and elsewhere. Russian President Vladimir Putin's forces have shifted focus to the east after suffering significant losses in Kyiv and other parts of northern and central Ukraine.

The conflict's shift to eastern Ukraine has been covered by all sides of the media. 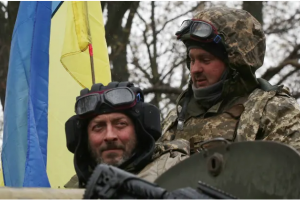 Russia’s new offensive in the Donbas region could prove to be extremely significant and decisive in the war, analysts warn, and could determine how the country’s territorial boundaries look in weeks and years to come.

“The Russian war machine in the east could prove to be a very painful threat for Ukraine quickly,” Maximilian Hess, fellow at the Foreign Policy Research Institute, told CNBC Tuesday.

“It’s quite clear that Russia’s war aims remain quite extensive,” Hess added, saying that how the battle for Donbas proceeds “will determine how much of...

Read full story
Some content from this outlet may be limited or behind a paywall.
See full media bias rating for CNBC
From the Left
314
World
Donbas, Ukraine's ravaged heartland, has suffered eight years of warfare. Here's why Putin wants it
CNN (Online News)

Donbas, a sprawling and beleaguered heartland region that blankets much of eastern Ukraine, has been the front line of the country's conflict with Russia since 2014.

But now its people, already scarred by eight years of fighting, are bracing for an assault even more intense. An impending battle for control of the territory is expected to define Russian President Vladimir Putin's invasion, after his forces suffered costly failures in Kyiv, and across central and northern Ukraine. 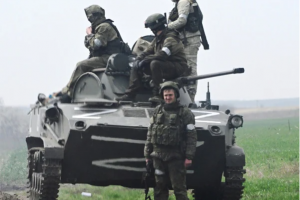 Russia has deployed up to 20,000 mercenaries as part of its new offensive in Ukraine's Donbas region, it was reported on Tuesday.

The mercenaries, from Syria, Libya, and elsewhere, were sent to fight with no heavy equipment or armored vehicles, a European official said.

The soldiers were recruited by the Wagner Group, a Russian-backed private military company, the Guardian reported.

"What I can tell you is that we did see some transfer from these areas, Syria and Libya, to the eastern Donbas region, and these guys are mainly used as a mass...