Since former President Donald Trump broke precedent by refusing to concede defeat in the 2020 Presidential Election, warnings of election denialism have become a central pillar of Democratic Party campaign messaging.

Key Quotes: An analysis from the Washington Post found that a majority of Republican candidates in the midterm elections “denied or questioned the outcome of the last presidential election,” leading the Washington Post Editorial Board to call for election reform, writing that legislation is needed to fix the “archaic rules governing the counting and certifying of electoral votes in presidential elections.” A similar sentiment was echoed in a piece by the Forward Party, a recently formed centrist party, who called for bipartisan opposition to election denial, citing the issue as “not a Republican or Democratic concern—it's an American one.”

On the other side, Republicans are pointing to previous instances of Democratic politicians questioning the results of elections won by Republicans, claiming hypocrisy. A piece from Tucker Carlson likened Democratic Party rhetoric to ideological suppression, writing, “question the system. and they haul you away. Those are the rules now as hundreds of imprisoned Republicans can personally testify if they could speak.” Additionally, a writer in the Washington Post claimed Democrats’ “panicky rhetoric on election denialism” is a tactic to distract from party failings.

For Context: With the midterm elections next week, warnings of election denial are being reiterated, most recently in a speech given by President Joe Biden on Wednesday. 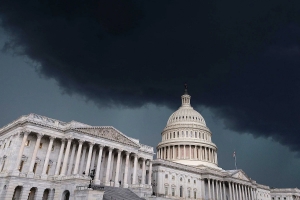 Election deniers increasingly dominate the Republican Party — and could soon gain unprecedented power over the nation’s democratic system. That is the takeaway from an alarming investigation by The Post’s Amy Gardner. Her analysis found that a majority of GOP nominees in congressional and key statewide races this November — 291 in all — have engaged in some form of election denialism. More than 60 percent of the House candidates are running in districts with partisan profiles suggesting they are unlikely to lose. Only two states — Rhode Island and...

Why We Stand Against Election Denialism
Guest Writer - Center 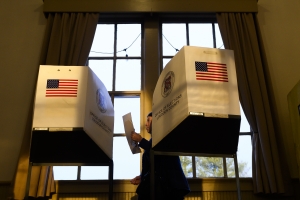 We stand against election denialism. Here's why.

The most precious thing we have in our democracy is the right to freely choose our elected leaders, and confidence in that system is essential to its success. Over 60 lawsuits brought to challenge the 2020 election were thrown out of courts for lack of any evidence, and these were heard by judges from across the political spectrum. We've had close presidential elections before, but never one where the losing candidate refused to concede.

While the unprecedented effort to overturn an election failed,... 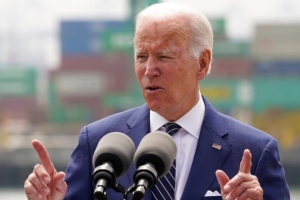 Of course, the insurrection that went...