Texas can withhold list of people it thinks are noncitizens and can’t vote, appeals court rules

Voting Rights And Voter Fraud, Race And Racism, Texas, 2022 Elections
Save for Later
From The Left 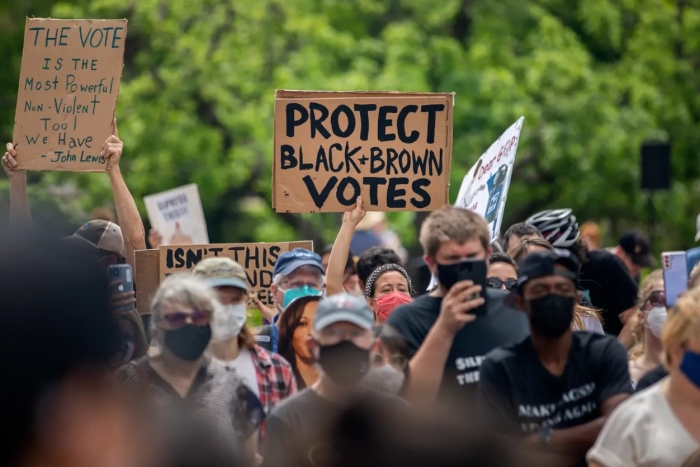 Montinique Monroe for The Texas Tribune

A federal appeals court has ruled that Texas does not need to release details about a list of 11,737 registered voters whom the state has identified as potential noncitizens.

The U.S. Court of Appeals for the Fifth Circuit on Thursday reversed a lower court’s ruling in August in which a district judge had found Texas was violating federal law by refusing to release the list.