Campaign Finance, Elections, Michigan, Voting Rights And Voter Fraud
Save for Later
From The Right 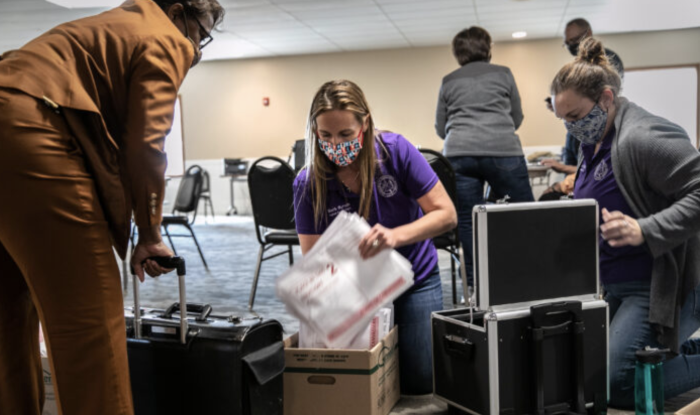 A citizen-initiated bill to ban private funding of elections, prohibit the secretary of state from sending out unsolicited applications for absentee ballots, and require state-issued photo ID to vote is one step closer to taking effect in Michigan.

On July 29, volunteers from the Secure MI Vote campaign filed over 500,000 signatures on petitions that will send the proposed legislation to the GOP-controlled Michigan House and Senate for a vote where it is expected to pass.

Read full story
Some content from this outlet may be limited or behind a paywall.
Campaign Finance, Elections, Michigan, Voting Rights And Voter Fraud