Canada, Gun Control And Gun Rights, Justin Trudeau
Save for Later
From The Center 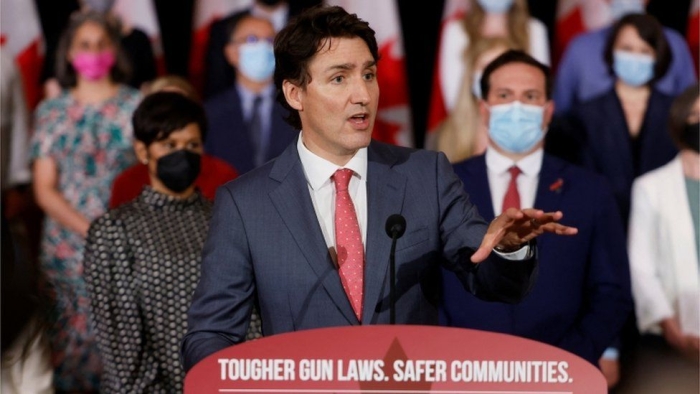 Canada should introduce a total ban on the buying and selling of all handguns, Prime Minister Justin Trudeau has said.

His government is proposing a new law that would freeze private ownership of all short-barrelled firearms.

The legislation would not ban the ownership of handguns outright - but would make it illegal to buy them.

Mr Trudeau's proposal comes days after a deadly shooting at a Texas primary school, in the neighbouring US, killed 21 people.

The bill. which was presented to Canada's parliament on Monday, makes it impossible to...