This term is often used in the wake of mass shootings or other occasions in which someone is killed with a firearm. To many, the term is relatively non-controversial and seen as largely descriptive - e.g., simply reflecting the reality that a human being was killed by a gun. Others, however, see the term gun violence as carrying an implicit message about gun control, in its implication that the gun itself causes the violence (rather than the person holding the gun). These point out that many other factors could also be involved, but are being overlooked: social isolation, community and family breakdown, mental illness, antidepressant associations with violence, and human choice itself. A well-known bumper sticker sums up this objection: “guns don’t kill people; people do.”

-In your mind, what is the difference between gun violence and just plain violence? Is there a difference? Why or why not?

-If there were no guns, anywhere, would there be more violence, less, or about the same?

-Are guns used for hunting violent, in your view? How about for target shooting? In other words, is there such a thing as the non-violent use of a gun?

-Does knowing that someone owns a gun change your opinion about being around them? What if they own several guns? Dozens? Why do you feel that way?

-If two people are angry and one owns a gun, do you expect more violence from the second person? Why or why not? 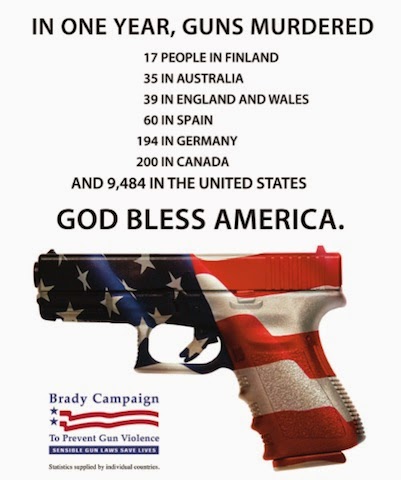