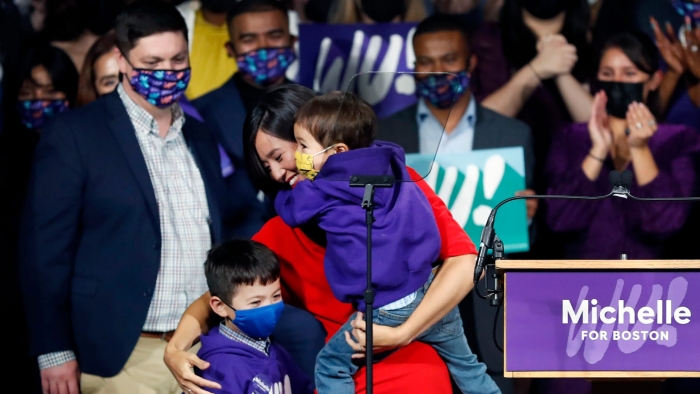 Wu, a 36-year-old who is also the first Asian American to hold the office, defeated a fellow Democrat, City Councilor Annissa Essaibi George, in the race.