Housing and Homelessness, evictions, eviction moratorium
Save for Later
From The Left 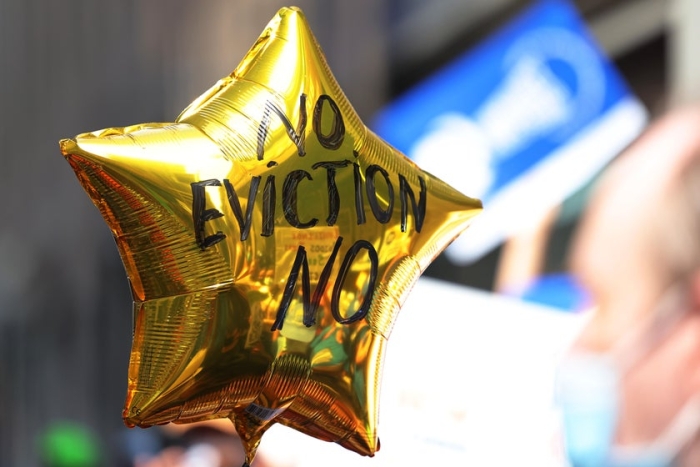 Some states have botched rental aid so badly they may never catch up.

On August 26, the Supreme Court struck down the federal eviction moratorium. That policy, enacted by the Centers for Disease Control and Prevention nearly a year prior, protected renters around the country from the threat of losing their homes in the midst of the pandemic. At least 1.55 million fewer eviction cases than normal were filed while the moratorium was in place, despite economic turmoil that has left more renters than ever behind on payments.

While the exact timing of its demise came as a surprise, the end of the CDC moratorium was inevitable. The moratorium was a stop-gap measure, and one that never relieved rent obligations. Responding to pressure from tenant advocates and landlord groups, Congress appropriated $46.5 billion in emergency rental assistance in December 2020 and March 2021 to help pay off debts accrued during the moratorium. While recent news coverage has highlighted the slow distribution of these funds, the picture on the ground is more complicated.

Some programs have done a remarkably good job of getting assistance to tenants and landlords, and it appears to be having the intended effect: Current eviction filing rates in these areas are significantly lower than in places that have been slow to distribute aid. Hopefully that momentum can be maintained even with the CDC eviction moratorium struck down. But in places that have failed to get money out the door, it may be too late to stave off a flood of evictions.

Read full story
Some content from this outlet may be limited or behind a paywall.
Housing and Homelessness, evictions, eviction moratorium

How Disabled People Are Shut Out of Housing
Vice

News
For Minimum Wage Workers, Rent Is Now Unaffordable in Every County in America
Mother Jones

News
Apple Has a Growing Homeless Encampment on Its Property
Vice

News
Eviction ban set to expire next month. Is that too soon?
Yahoo! The 360

Analysis
The Deeply Flawed Studies Behind the Eviction Moratoriums
Reason