Donald Trump, Elections, Republican Party
Save for Later
From The Right 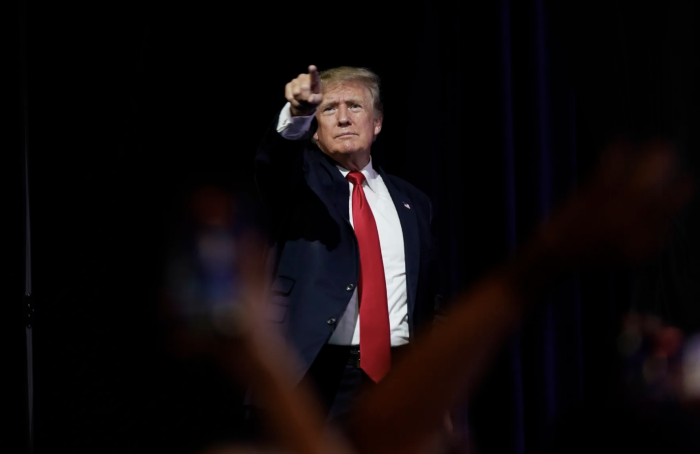 Will he or won’t he?

That’s the question for former President Donald Trump, who’s suggested he’ll run for president again in 2024 without announcing definitively whether he’s in for sure.

Trump has toyed with the idea of running for president before without following through, and we’re still more than a year out from the Republican presidential primaries, so a lot could change between now and then. Still, Trump appears well prepared to launch another bid should he decide to do so.

Read full story
Some content from this outlet may be limited or behind a paywall.
Donald Trump, Elections, Republican Party

PERSPECTIVES BLOG
When We Should Pay Attention to Iowa
NEWS
Donald Trump Can Be Arrested Over Jan 6. Subpoenas—Here's Why He Won't Be
Newsweek

Texas Gov. Greg Abbott’s recent appointment for secretary of state is a lawyer who tried to help former President Donald Trump overturn the 2020...

Garland: DOJ 'will apply the facts and the law' when considering Bannon referral

Attorney General Merrick Garland told lawmakers that the Justice Department "will apply the facts and the law and make a decision" when considering a criminal...

Florida businessman Lev Parnas was convicted Friday on charges of conspiracy to make foreign contributions to political campaigns, according to multiple...

Donald Trump Can Be Arrested Over Jan 6. Subpoenas—Here's Why He Won't Be

Donald Trump has no extra protection as the former president if he refuses to comply with any subpoena in the House probe of January 6, legal experts have...

Former President Trump is telling most anyone who'll listen he will run again in 2024 — and poll after poll shows the vast majority of Republicans would gladly...

Former President Donald Trump filed a lawsuit on Monday in a Washington D.C. court against the House Select Committee investigating the Jan. 6...

Lawyers for former President Donald Trump filed a lawsuit on Monday against the House select committee investigating the Capitol riot, asking a...