Gun Control And Gun Rights, Eric Adams, New York
Save for Later
From The Right 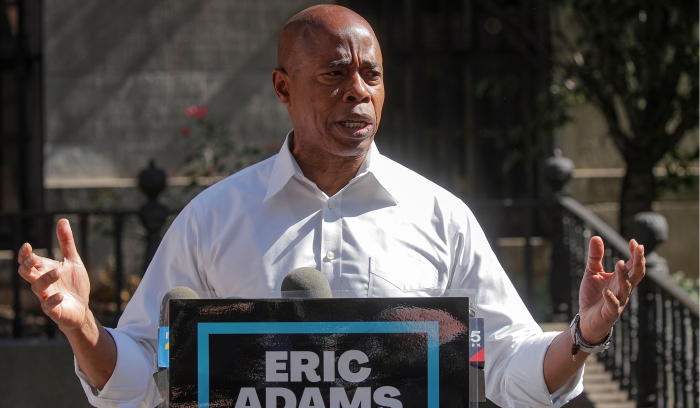 Democratic mayoral nominee Eric Adams suggested that New York City must “go after guns” after ten people were injured by a shooting in Queens over the weekend that police say was gang-related.

“We need a joint gangs and guns task force with federal, state and city coordination to make sure that we can do information sharing, go after the guns that are on the street, stop the flow of guns and take down these crews,” Adams said, according to ABC 7.

Read full story
Some content from this outlet may be limited or behind a paywall.
Gun Control And Gun Rights, Eric Adams, New York

The Options Congress Has for Gun Control
Slate

Failed gun legislation is the norm after mass shootings
Axios

The Options Congress Has for Gun Control
Slate

News
‘Why are we willing to live with this carnage?’ Biden pushes to tighten gun laws after Texas school shooting
CNBC