Capitol Chaos, Tucker Carlson, National Defense
Save for Later
From The Center 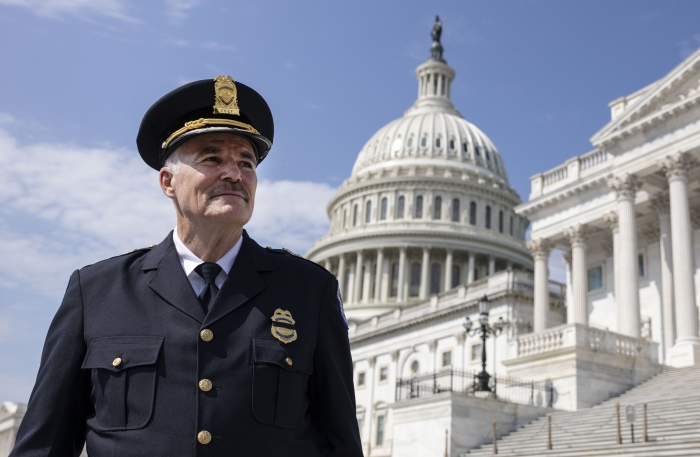 The newly sworn-in chief of the U.S. Capitol Police said he supports his officers speaking out regarding the deadly January 6 riot amid Fox News host Tucker Carlson's recent comments about a Capitol police officer.

J. Thomas Manger was formally chosen to serve as the next chief of the U.S. Capitol Police on Thursday. He is succeeding Acting Chief Yogananda Pittman, who took on the role following the resignation of former Chief Steven Sund in the aftermath of the January 6 attack on the Capitol.

Speaking with WUSA9, Manger responded following Carlson's remarks about the legitimacy of the January 6 committee. In particular, the Fox News personality singled out Officer Harry Dunn, calling him "an angry left-wing political activist."

Read full story
Some content from this outlet may be limited or behind a paywall.
Capitol Chaos, Tucker Carlson, National Defense