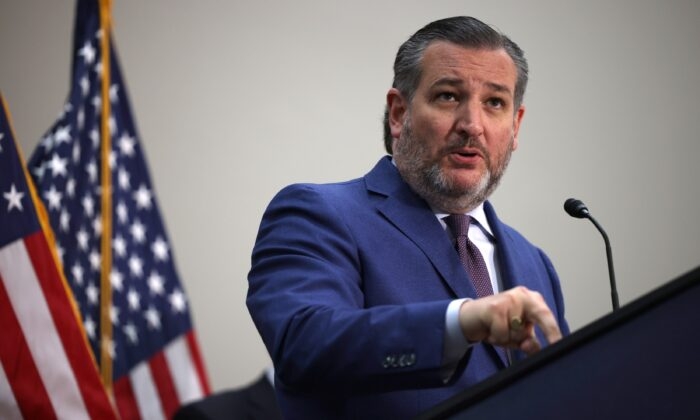 Sen. Ted Cruz (R-Texas), ranking member of the Senate Judiciary Subcommittee on the Constitution, led 24 other Republican senators to file an amicus brief, arguing that the New York state laws making it hard to carry a gun outside the home violate the Second Amendment.

In regards to the New York State Rifle and Pistol Association v. Bruen case, which is currently pending before the U.S. Supreme Court, the senators wrote, “[L]egislators—whether in Albany or Washington, D.C.—have neither the power nor the authority to second-guess the policy judgments made by the Framers and enshrined in the Constitution.” They added that the Framers’ “decision to guarantee the right of the people to keep and bear arms after weighing all the policy considerations is definitive.”

Read full story
Some content from this outlet may be limited or behind a paywall.
Supreme Court, Second Amendment, Gun Control and Gun Rights, Ted Cruz