Environment, sustainability, Disaster, weather, Oregon
Save for Later
From The Left 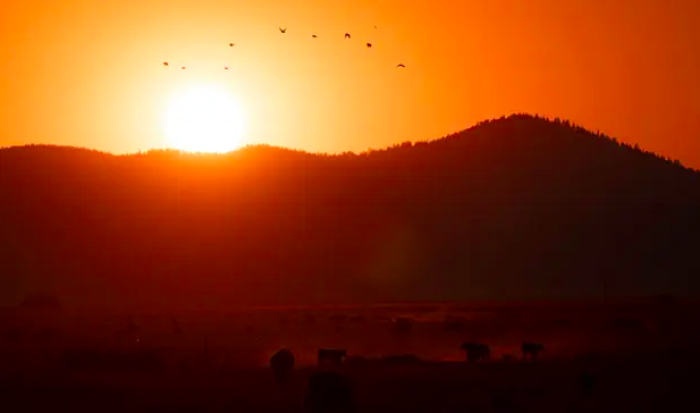 Erratic winds and dry lightning added to dangers for crews battling the largest US wildfire on Monday in parched Oregon forests, just one of 80 large fires burning across 13 US states.

The destructive Bootleg fire, one of the largest in modern Oregon history, has burned more than 476 sq miles (1,210 sq km), an area about the size of Los Angeles. The blaze just north of the California state line was 25% contained.

“We are running firefighting operations through the day and all through the night,” said incident commander Joe Hessel in a statement on Monday morning. “This fire is a real challenge, and we are looking at sustained battle for the foreseeable future.”