Science, Democratic Party, Republican Party
Save for Later
From The Center 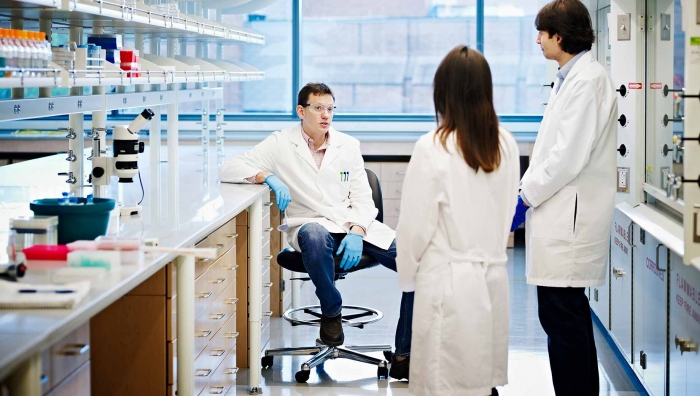 Sixty-four percent of U.S. adults say they have "a great deal" or "quite a lot" of confidence in science, compared with 70% when Gallup last measured it more than four decades ago. The modest decline overall obscures more significant changes among political partisans. Republicans today are much less likely than their predecessors in 1975 to have confidence in science. Meanwhile, Democrats today have more confidence than their fellow partisans did in the past.

NEWS
The Science of How Wildfires Got So Hellish
Mother Jones

The Science of How Wildfires Got So Hellish
ANALYSIS

Wildfire are normally a critical component of a healthy landscape, but these blazes are now metastasizing into monsters that obliterate ecosystems. A...

‘They said we were eccentrics’: the UK team developing clean aviation fuel

This row of brick sheds, locked away down overgrown country lanes in Bedfordshire, feels a long way from the glossy boardroom presentations about sustainable...

In 1988, the World Meteorological Organization teamed up with the United Nations Environment Programme to form a body with an even more cumbersome title, the...

Study warns of 'irreversible transition' in ocean currents that could rapidly freeze...

A large system of ocean currents in the Atlantic – which includes the Gulf Stream – has been disrupted due to human-caused climate change, scientists reported...

How bad is space tourism for the environment? And other space travel questions, answered.
ANALYSIS

For many, the rise of commercial space tourism is a vulgar display of wealth and power. Amid several global crises, including climate change and...

The line between our “civilized” lives and wild, unpredictable nature seems to have gotten a little thinner lately. Nature is great, but it can also be...

How Do We Fix It?

The latest in a recent line of space-obsessed billionaires was set for liftoff on Wednesday with three less wealthy private citizens along for the ride aboard...

We have to start removing carbon dioxide from the atmosphere to have any chance of averting the worst impacts of global warming, the Intergovernmental Panel on...

WHO experts: "Window is closing" on study into origins of COVID-19

In an essay in the journal Nature, experts studying the origins of COVID-19 for the World Health Organization (WHO) warned that the study has stalled and...

President Joe Biden received an inconclusive conclusion in a classified briefing on his 90-day COVID-19 origins report, two U.S. officials familiar with the...

The American Medical Association (AMA), the largest organization of physicians and medical students in the United States, came under fire over the weekend for...

The Centers for Disease Control and Prevention released a study Friday backing up its stricter new mask guidance, one that concluded that people...