Netanyahu, ‘King of Israel,’ Exits a Stage He Dominated

Israel, Benjamin Netanyahu
Save for Later
From The Left 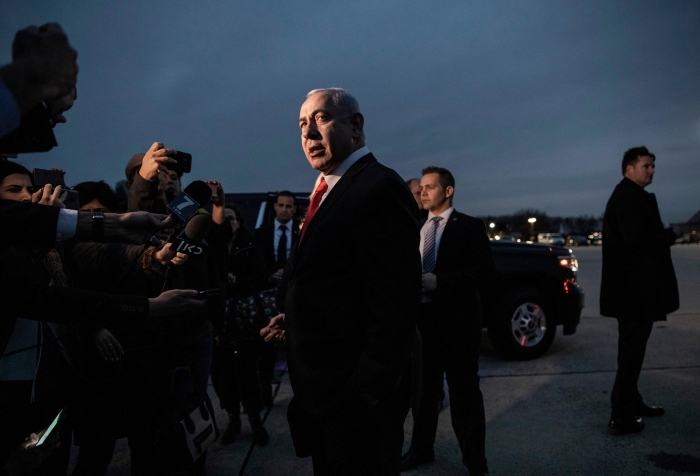 Israel’s longest-serving prime minister was a polarizing figure who sidelined efforts to resolve the Palestinian conflict but opened relations with four Arab countries.

He came to power like some conqueror from a distant land called Philadelphia.

Educated in the United States, speaking flawless East Coast English, warning in pungent sound bites about the threats posed by Islamic terrorism and a nuclear Iran, the Benjamin Netanyahu who stormed into Israeli politics in the 1990s was like no other politician the country had seen.

Before long, he would capture the prime minister’s office, lose...

Read full story
Some content from this outlet may be limited or behind a paywall.
Israel, Benjamin Netanyahu

NEWS
Netanyahu Is Down, but Is He Out for Good?
National Review

The House on Thursday overwhelmingly approved $1 billion in new funding for Israel’s Iron Dome missile defense system, after a debate that exposed...

Israel has launched what has been described as a maximum pressure campaign against Ben & Jerry’s and its parent company Unilever, after the iconic ice...

The fall of “King Bibi”
ANALYSIS

How Netanyahu’s ouster could change Israel. Benjamin “Bibi” Netanyahu is Israel’s longest-serving prime minister, having held the job continuously since...

For the first time in 12 years, Israeli lawmakers voted Sunday to install a government led by someone other than Benjamin Netanyahu, breaking a two-year...

Less than a month into a COVID-19 vaccine booster drive, Israel is seeing signs of an impact on the country's high infection and severe illness rates fuelled...

When you’re Jerry Greenfield, politics follows you everywhere, even into the gym. About four years ago, the co-founder of the iconic ice cream maker, Ben...

The Israeli government has formed a special task force to pressure Ben & Jerry's ice cream and its parent company Unilever to reverse their decision to...

Overnight, tensions between Israel and Hamas erupted into violence, posing a potential threat to the brief period of peace reached between the two just...

A top Israeli official said his country is ready to strike Iran in retaliation for a recent attack on an oil tanker belonging to an Israeli firm. Defense...

Netanyahu Is Down, but Is He Out for Good?
ANALYSIS

Israel’s new governing coalition may not hold, and Bibi could reemerge amid the chaos. After frantic negotiations, on Sunday the so-called change...

Benjamin Netanyahu showed the opposite of grace as he exited from power on Sunday. If you want to evaluate his legacy on the basis of his final day in...