Domestic Policy, Infrastructure, Economic Policy, Joe Biden, US Senate, Republican Party
Save for Later
Add to My Front Page
From The Right 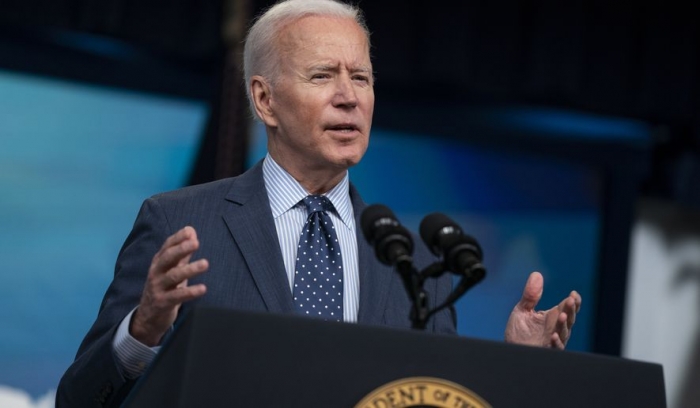 President Biden abandoned bipartisan infrastructure talks with Senate Republicans on Tuesday over the party’s unwillingness to compromise on raising taxes.

The White House said Mr. Biden decided to jettison talks because Republicans were not ready to “meet the essential needs of our country to restore our roads and bridges, prepare us for our clean energy future, and create jobs.”

Republicans blamed the president for not backing off on his plan to raise taxes.

“I spoke with the president this afternoon, and he ended our infrastructure negotiations,” said Republican Sen. Shelley Moore Capito of West Virginia, who had led the GOP’s talks with the White House....

Read full story
Some content from this outlet may be limited or behind a paywall.
Domestic Policy, Infrastructure, Economic Policy, Joe Biden, US Senate, Republican Party

HEADLINE ROUNDUP
Fact Check: Is There Over $1 Trillion in Unspent COVID-19 Relief Funds?

NEWS
Infrastructure costs billions. Who should pay for it?
Yahoo! The 360

I spent the weekend reading a book I wasn’t entirely comfortable being seen with in public. Andreas Malm’s “How to Blow Up a Pipeline” is only slightly inaptly...

"We have a deal": Biden announces bipartisan compromise on infrastructure

President Joe Biden threw his support behind an infrastructure proposal negotiated by a bipartisan group of senators, boosting momentum for the deal...

Infrastructure costs billions. Who should pay for it?

President Biden and a bipartisan group of senators announced last week that they reached a deal on an infrastructure bill. The $1.2 trillion plan, which...

Sen. Lindsey Graham (R-S.C.) told Politico Thursday that he will not support the $1.2 trillion bipartisan infrastructure deal that President Biden...

White House negotiators and a group of senators struck a deal on a bipartisan infrastructure agreement on Thursday that slashes measures to combat...

We face a pivotal choice for the direction of our country. We have an opportunity to pass a very important transportation and infrastructure bill or go down...

Urbanists lament the fact that the average American knows and cares little about the built environment, but this sad reality has a significant upside. Because...

In a rare moment of bipartisanship, a group of Senate Democrats and Republicans struck a deal with the president on a plan to address America's infrastructure...

Sen. Joe Manchin released a 423-page energy infrastructure package on Friday that will be discussed this week, according to the Senate Committee on...