Campaign Finance, Democratic Party, dark money
Save for Later
From The Left 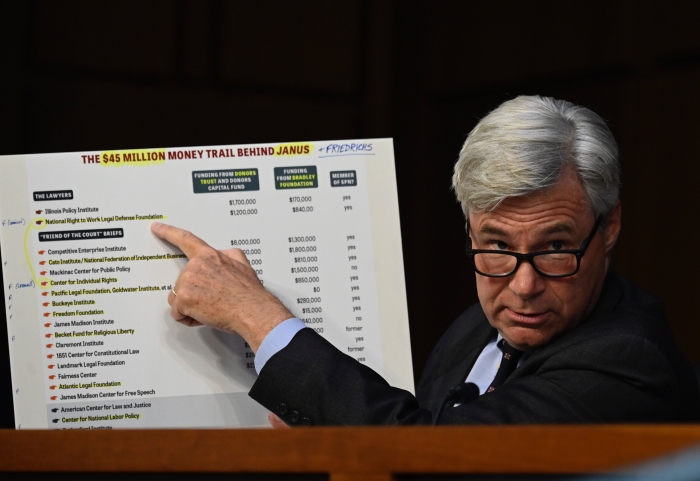 Democrats are pushing a sweeping package of voting rights, campaign finance and ethics reforms as their top legislative priority in 2021. One of the pieces of the bill is a section requiring independent political groups that currently don’t have to disclose their donors ― whose donations are known as “dark money” ― to finally do so.

This provision, previously known as the DISCLOSE Act, has been a major part of Democrats’ campaign finance reform agenda for years. But one major thing has changed since 2010, when Republicans dominated dark money spending: Today, it’s Democrats.

Democratic Party-aligned dark money groups ― nonprofits that are not required to disclose their donors ― spent more than $514 million on the 2020 elections, according to a review of FEC records by the Center for Responsive Politics. That compared to around $200 million by Republican Party-allied groups.

The totals reported by the Center for Responsive Politics include both independent expenditures made by dark money groups and contributions from dark money groups to super PACs, which do have to report their donors.

PERSPECTIVES BLOG
When Chuck Schumer Turns Into Wile E. Coyote
NEWS
The corruption behind the crash of 2008
The Fulcrum