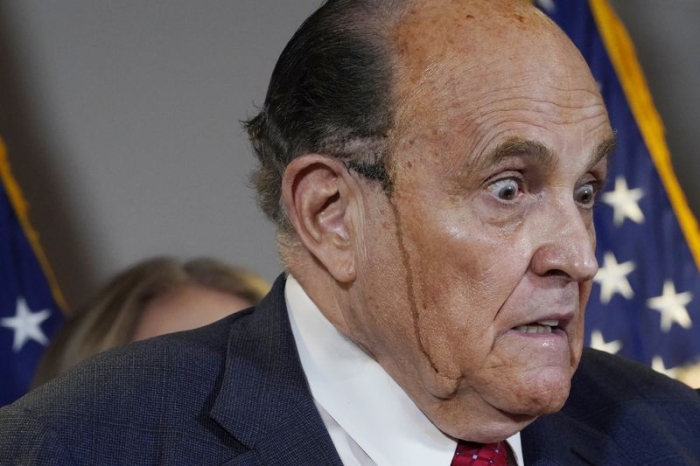 What a hot mess.

Rudy Giuliani sweated so much during a press conference Thursday that streaks of what appeared to be dark hair dye streamed down his cheeks, making for a bizarre juxtaposition as the ex-mayor insisted without evidence that Democrats stole the election from President Trump.

Giuliani, who’s spearheading the Trump campaign’s bumbling legal battle to overturn Joe Biden’s election, did not appear to notice the black liquid dripping down from his sideburns, though he kept dabbing pearls of sweat from his face with a napkin.

NEWS
Can the vote be trusted? A conversation on US election integrity.
Christian Science Monitor

As returns for Georgia’s Senate runoff came in on Tuesday night, it was clear what was happening. After considerable back-and-forth in November and December...

The process of certifying Joe Biden as the 46th president of the United States occurred in the early morning hours of Jan. 7, after being disrupted by rioters...

Some Republican Senators Walk Back Objections To Election Results

Heading into Wednesday's Electoral College counting process, 14 Republican senators had said they planned to object to at least one state's results. But...

'We cannot simply declare ourselves a national board of elections on steroids'. Noting that the presidential election was "not unusually close," Sen. Majority...

President Trump issued a statement Wednesday calling for “peace” and urging supporters who stormed the Capitol to “go home” but repeating his claims that the...