Violence In America, Chicago, George Floyd Protests, Criminal Justice
Save for Later
From The Center 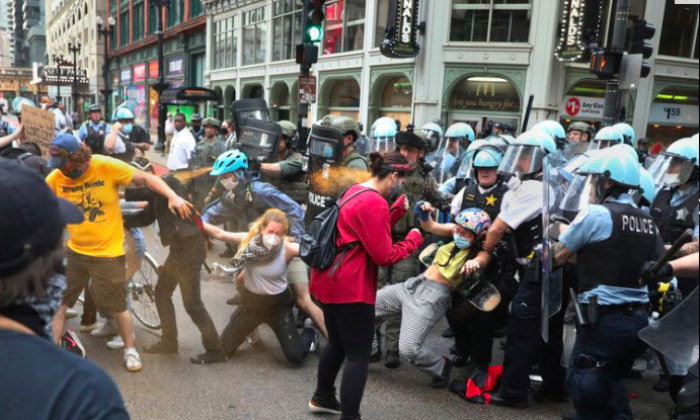 A downtown rally turned into violent clashes between protesters and Chicago police Saturday night, as the city’s top cop blamed “agitators” for “hijacking” the demonstration and protesters blamed officers for violating their rights and blocking their march, hitting them with batons.

At least 17 officers were injured, including a cop repeatedly hit in the head with a skateboard and another officer who may have suffered a broken hand, according to Chicago police superintendent David Brown, who briefed reporters at CPD headquarters Saturday night.

Read full story
Some content from this outlet may be limited or behind a paywall.
Violence In America, Chicago, George Floyd Protests, Criminal Justice