In praise of polarization 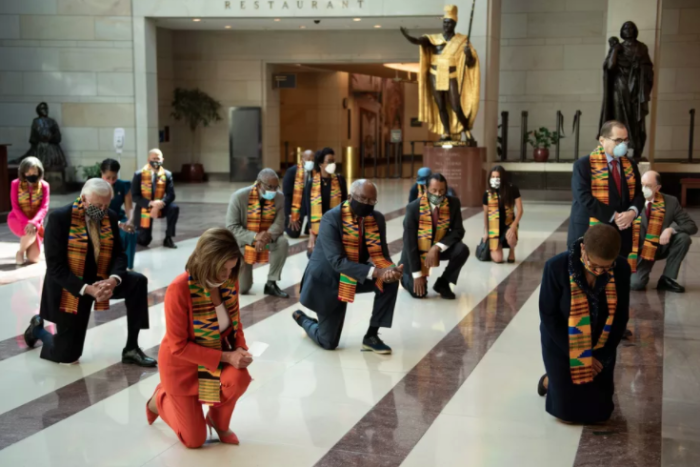 How identity politics changed the Democratic Party — for the better.

Polarization, party sorting, and identity politics are central villains of our time. Politicians lament them. Pundits loathe them. Book after book has been written blaming them for society’s ills, from the decline of reason to the electoral travails of the Democratic Party to the death of American democracy.

But the past month of sustained, mass activism against police brutality offers evidence for the defense — that sorting around identity can be inclusive, that polarization can be productive.

NEWS
Republicans and Democrats read a lot of the same news. What they do with it is a different question.
Nieman Lab

Could America split up?
OPINION

All week I've been haunted by a brief few seconds of video posted on Twitter late Sunday night by a student journalist in Eugene, Oregon. Two men face off at a...

Trump Is Determined to Split the Country in Two
OPINION

New offensives against major cities from President Donald Trump and GOP governors are pushing at the central geographic fault line between the Republican and...

Latinos boycotting Goya say it's not about politics. It's about standing against Trump...

When Ricardo Alvarado went grocery shopping this week, he had a list of items to buy, but he steered clear of anything from Goya Foods. “I was using their...

Yes, social media can be asinine – but ‘cancelled’ pundits like Bari Weiss aren’t the victims

If you’re familiar with the navel-gazing internecine squabbles of the US national media, you probably know that Bari Weiss, the millennial conservative writer...

Fox News’ Lou Dobbs and senior Trump adviser Stephen Miller are on the same draconian page when it comes to immigration. So it wasn’t a shock that Dobbs’s...

Republicans and Democrats read a lot of the same news. What they do with it is a different question.

“(Almost) everything in moderation”? New research by Princeton’s Andy Guess finds that Democrats and Republicans read a lot of the same news sources; most...

Rate Bias
Polarization
We all live in bubbles. It’s time to burst them.
OPINION

Those of us blessed with freedom to learn are all — every one of us — in a bubble of our own making. It can be broad and diverse, created from all kinds of...

A couple of erstwhile Republican operatives who notably failed to elect GOP presidents are now trying to elect a Democratic one. They call their super PAC,...

Poll: 62% of Americans Say They Have Political Views They’re Afraid to Share

Anew Cato national survey finds that self‐​censorship is on the rise in the United States. Nearly two-thirds—62%—of Americans say the political climate these...

Is this the sanest debate on race yet?
OPINION

The race debate is rapidly descending into a one-note diatribe where white accountability has become the only game in town. White liberal voices now dominate...

Bari Weiss has resigned from The New York Times. When the management of The Times decided it was missing something about a large segment of America after the...