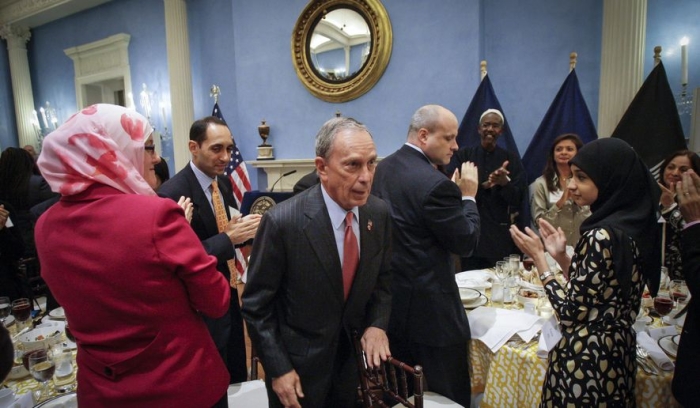 Former New York Mayor Michael R. Bloomberg, the latest entry in the Democratic presidential race, has argued in favor of taxing the poor.

As recently as last year, the billionaire media mogul made the case that higher taxes on the poor can force them to make better and healthier life choices.

“The question is do you want to pander to those people or do you want them to live longer,” Mr. Bloomberg said in a speech in April 2018 to the International Monetary Fund in Washington.

Read full story
Some content from this outlet may be limited or behind a paywall.
Michael Bloomberg, Poverty, New York City, Presidential Elections, Election 2020, Taxes

Child tax credit payments go out July 15. Here's what you need to know

The Internal Revenue Service is set to begin sending the expanded child tax credit payments on July 15 to tens of millions of families,...

In the US, most people make their money from a regular job; they get a paycheck and pay income taxes. But the richest Americans, the top 1 percent, make most...

As Amazon publicly embraced President Joe Biden’s plan to raise the corporate tax rate across the board, it has also lobbied Congress to preserve a prized tax...

Trump Organization expected to be charged with tax crimes on Thursday

You Might Consider Opting Out Of The Child Tax Credit. Here's Why
ANALYSIS

For many, it was a welcome surprise. On July 15, cash flowed into the bank accounts of parents across the U.S. as the government rolled out the first monthly...

More than 35 million American families were sent checks of up to $300 per child on Thursday as the new expanded child tax credit went into effect....

The US federal government’s $1.9 trillion relief package that President Joe Biden signed on March 11 will temporarily expand the child tax...

Cuba says it will allow travellers arriving in the country to bring in food, medicine and other essentials without paying import duties. The announcement...

An emerging proposal from the White House and Senate Democratic leaders to pay for President Biden’s infrastructure agenda is setting the stage for a...

Despite President Joe Biden's supposed "red line" on raising taxes for those making less than $400,000, the draft infrastructure bill in the Senate includes a...

The lawmakers are reportedly 'aghast' that some have millions while others have next to nothing in retirement savings. Democrats on Capitol Hill are...

On the I-57 highway through Illinois, time seems to go backward with each southbound mile. The houses and cars in the yards get older. As years pass,...

For more than a generation, Republicans have rallied to the flag of “kill the death tax,” and for good reason: Poll after poll shows...