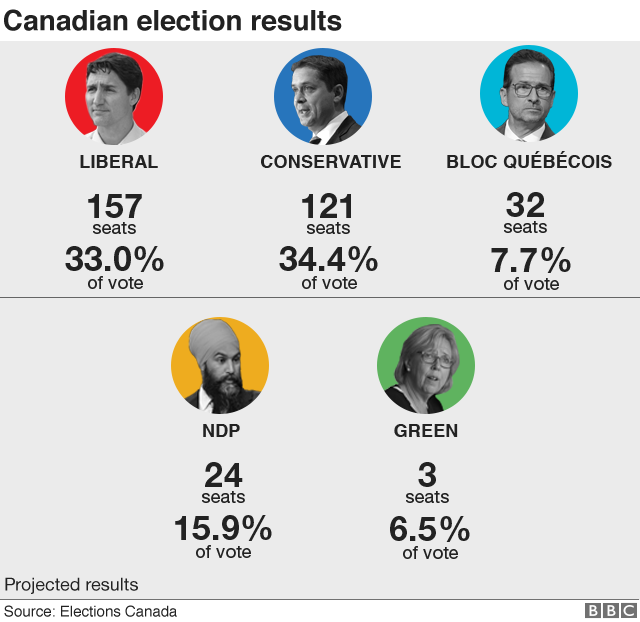 Justin Trudeau's Liberal Party has retained power in a narrow Canadian election win but he will now be prime minister of a minority government.

The Liberals are projected to win 157 seats, 13 short of a majority, and will find it harder to pass legislation in Mr Trudeau's second term.

The opposition Conservatives are expected to win the popular vote but have not translated that into seats.

Go ad-free!   About these ads
More news about Elections
https://www.bbc.com/news/world-us-canada-50134640