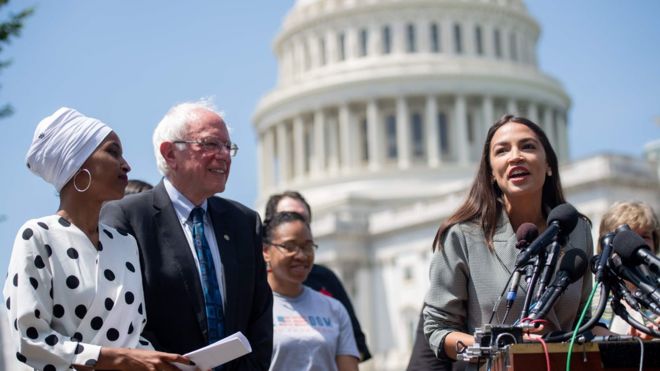 Congresswoman Alexandria Ocasio-Cortez is set to back Bernie Sanders as the Democrat to take on Donald Trump in the 2020 presidential election.

Ms Ocasio-Cortez is the youngest ever US congresswoman and has become a leading progressive voice in the party.

She is scheduled to appear at a "Bernie's Back" rally in New York to formally offer her support on Saturday.

Mr Sanders, 78, took part in a debate on Tuesday night, less than two weeks after suffering a heart attack.

He took the opportunity to try and ease concerns over...