Hillary Clinton muses about 2020 'rematch' against Trump: 'I can beat him again' 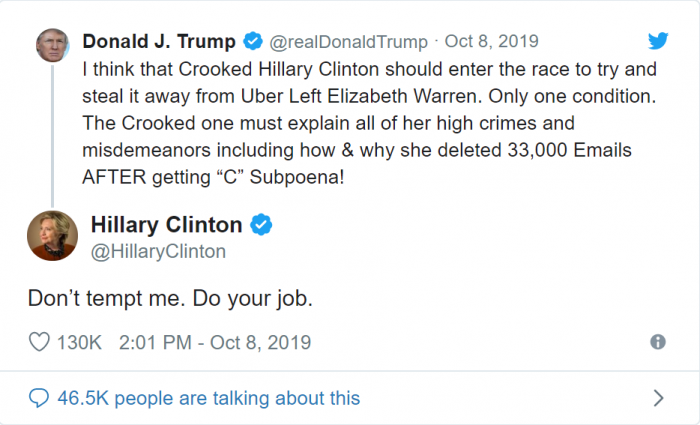 Hillary Clinton could beat President Trump "again" if she decides to run for president in 2020, the former secretary of state said Tuesday in an interview.

Clinton appeared on PBS News Hour and was asked about Trump's antagonistic attitude toward her after he goaded Clinton to run for the White House again. She called him "obsessed" for mocking her email scandal and said she could beat Trump in an electoral rematch, if she ever decided to jump back in.

oughly 50 percent of white voters would vote to re-elect Republican President Donald Trump if the election were held today, according to a new poll by Hill-...

Durbin: We Can Successfully Vote by Mail ‘if the Post Office Does Its Job’

Thursday, Sen. Dick Durbin (D-IL) sounded off on President Donald Trump casting doubt on the success of vote-by-mail amid the ongoing coronavirus pandemic...