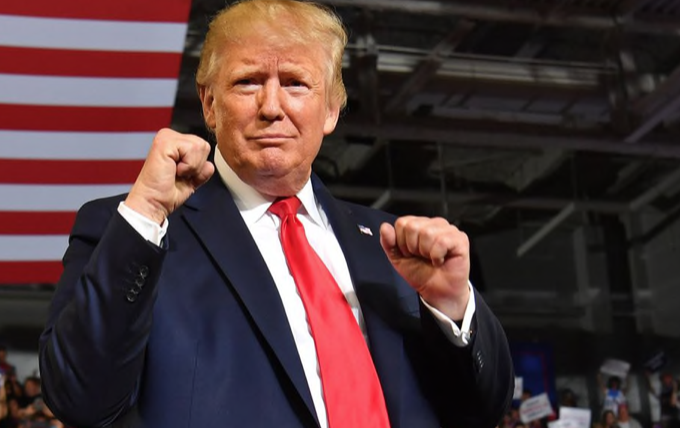 President Trump launched another broadside Saturday on a Democratic political opponent, calling a prominent black congressman’s Baltimore district a “disgusting, rat and rodent infested mess” and saying “no human being would want to live there.”

That Twitter attack on Rep. Elijah E. Cummings (D-Md.) plunged the nation into yet another anguished debate over the president’s divisive rhetoric. And it came just two weeks after Trump called out four minority congresswomen with a racist go-back-to-your-country taunt.

On Tuesday, Elizabeth Warren released a plan for, in her campaign’s words, “fixing our bankruptcy system to give people a second chance.” Warren, who taught...

Former Massachusetts Gov. Bill Weld, one of the three Republicans who is challenging President Donald Trump via a 2020 GOP presidential primary, has been...

Sen. Bernie Sanders (I-Vt.) said Saturday that his plan to cancel all student debt would reduce the racial wealth gap, contrary to the claims of Sen. Elizabeth...

Former Texas Congressman Beto O’Rourke said Sunday that the blame for a mass shooting in his hometown of El Paso the day before falls on President Donald Trump...

Jay Inslee is running for president as the climate change candidate. But the two-term Washington state governor can credibly claim to have accomplished more...

Democratic Candidates Agree on Climate Change, Except for Role of Natural Gas

Democratic presidential candidate Mike Bloomberg charged in a TV ad that President Donald Trump had “broken” a “promise” to protect those with preexisting...

'I'm spending all my money to get rid of Trump': Michael Bloomberg

Billionaire bashing is back. Here’s a better idea for America
OPINION

Well, they’ve done it again. The Democrats running for president continue to make bashing the rich a key theme in their 2020 primary race. We saw that all...

On the CNN debate stage Tuesday night, Bernie Sanders flat-out denied that he ever told Elizabeth Warren that a woman couldn’t be president, a hard-to-believe...

Challenging well-entrenched Senate Democrats may seem like a chore, but Hirsh Singh is up to the task. The New Jersey Republican Primary Candidate for the...

Former President Barack Obama is not publicly endorsing any candidate, including, most notably, his former vice president. But according to inside sources, he...

Former Vice President Joe Biden falsely said at a rally Friday that he found Republican votes to pass the Affordable Care Act during his time in the Obama...