Media outlets on the left interpreted Trump's tweets as mocking the representative, pointing to the president's recent criticisms of Cummings and Baltimore governance. Last week, Trump said Cummings is a “brutal bully” to border patrol and Baltimore is "a disgusting, rat and rodent infested mess" that is “FAR WORSE and more dangerous” than border facilities. Media outlets on the right pointed out the break-in took place several hours before Trump first criticized Cummings on Twitter last Saturday morning. 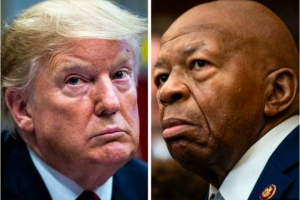 In a statement, Cummings confirmed the attempted break-in, revealing he was home when the incident occurred.

“An individual attempted to gain entry into my residence at approximately 3:40 AM on Saturday, July 27,” he wrote. “I was notified of the intrusion by my security system and I scared the intruder away... 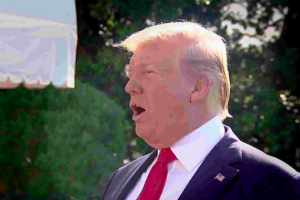 President Donald Trump took to Twitter on Friday to call attention to a break-in at the home of a Baltimore congressman he has been sharply criticizing for days.

Trump was referring to reports in Baltimore media that police are investigating a burglary at Rep. Elijah Cummings’ home in West Baltimore that took place on Saturday.

Cummings confirmed the incident in a statement, saying:

“An individual attempted to gain entry into my residence at... 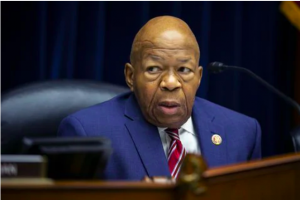 President Trump on Friday seemed to make light of new reports that the Baltimore home of Rep. Elijah E. Cummings (D-Md.) was burglarized hours before Trump started attacking him on Twitter last weekend.

“Really bad news! The Baltimore house of Elijah E. Cummings was robbed. Too bad!” Trump tweeted to his more than 62 million followers.

Trump appeared to be responding to news reports, including one broadcast on Fox News in the previous hour, that the residence of Cummings and his wife in West Baltimore’s Druid Heights neighborhood was burglarized...

The Hill
Politics
Trump poised to become third U.S. president to be impeached