Pro-choice protests in the wake of the Roe v Wade leak moved to the homes of three conservative Supreme Court justices in the past few days.

Protesters gathered outside the homes of Justices Clarence Thomas and Brett Kavanaugh over the weekend, and at Justice Samuel Alito's home on Monday. White House Press Secretary Jen Psaki said Tuesday that the White House will "continue to encourage" peaceful protests, and criticized "voices on the right who have called out these protests that are happening while remaining silent" on protests at the homes of school board members or the Jan. 6 Capitol riot.

Section 1507 of the federal criminal code bans protesting at judge's homes with the intent of obstructing the administration of justice or influencing the decision. In a show of bipartisanship, a bill to grant extra security for the justices' families unanimously passed the Senate Monday. New polling data from Trafalgar Group suggests that over 75% of voters think protesting at the homes of Supreme Court justices is unacceptable.

Sources across the spectrum highlighted the protests and the Senate vote. Many reports from the right highlighted Section 1507 and Psaki's comments, and framed the Biden administration's response as weak and politicized. Some voices on all sides, especially the right but also the left and center, condemned the protests as an illegal, poor approach to the issue. Conversely, one writer for MSNBC argued that an "increasingly mobilized population furious about being disenfranchised" was justified in protesting at the homes of justices. 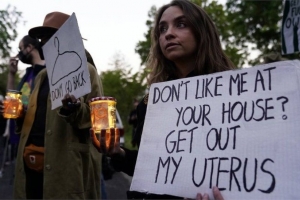 US law enforcement agencies are beefing up security for Supreme Court justices after a leak suggested they may overturn legalised abortion.

The US Marshals Service said on Monday it was helping the agencies normally tasked with the judges' protection.

A protest was held on Monday night at Justice Samuel Alito's house in Alexandria, Virginia. Activists chanted: "Abort the court!"

Rallies were held outside the homes of two other justices this weekend.

On Saturday night, a group of about 100 people marched from the home of Justice Brett Kavanaugh to Chief... 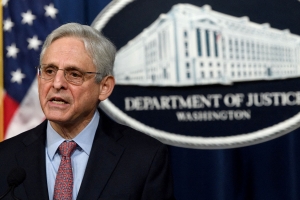 Fox News has a report on the Biden Justice Department’s refusal to take enforcement action against radical leftists who have been conducting demonstrations at the homes of Supreme Court justices, blatantly seeking to intimidate and influence the Court while it has the Dobbs abortion case under consideration.

The First Amendment has always permitted reasonable time, place, and manner restrictions. The degree of permissible...

Read full story
Some content from this outlet may be limited or behind a paywall.
See full media bias rating for Andrew C. McCarthy
From the Left
280
Abortion
Peaceful protests outside Supreme Court justices' homes is good
MSNBC 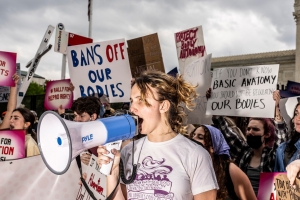 Centrist and conservative commentators are saying the recent pro-abortion rights protests outside the houses of conservative Supreme Court justices have crossed a line. These are mobs of harassers who have breached the acceptable parameters of protest, critics contend. But such arguments rest in large part on the myth of an apolitical judiciary. Looked at another way, the protests are salutary rather than destructive, bringing something to bear upon the court that by design it has been always been shielded from: democratic energy.