How the Respect for Marriage Act Gained a Bipartisan Supermajority

The Senate voted 61-36 Tuesday to pass the Respect for Marriage Act. Twelve Republican senators joined the 50 Democrats to advance the bill that would codify same-sex and interracial marriage on a federal level. The bipartisan coalition that pushed forward the bill came about as a result of balancing the Democratic effort to enshrine marriage equality into law with the Republican effort to ensure the protection of religious liberties and state rights.

For Context: In 2015, the Supreme Court decision in Obergefell v. Hodges legalized same-sex marriage, but until now there was no federal legislation to support the precedent set by the court. Since the Obergefell decision, a number of cases have gone to the Supreme Court based around the conflict between marriage equality and religious freedoms.

What The Bill Doesn’t Do: The Respect for Marriage Act does not make same-sex and interracial marriage legal in all states, and would not require states that prohibit same-sex marriage to allow it, even if the Supreme Court did overturn the Obergefell decision. The bill does not require religious non-profits to recognize and provide services to same-sex couples.

Let’s start with the positive: Republicans and Democrats are coming together to protect same-sex marriage from the Supreme Court.

The Respect for Marriage Act codifies marriages and came about amid worries among Democrats that the same conservative majority on the Supreme Court that took away the right to abortion will target same-sex marriage in the future.

The version that overcame a filibuster in the Senate passed the Senate Tuesday. A dozen Republican senators from across the country voted with Democrats before Thanksgiving to limit debate and move toward a final...

What the Respect for Marriage Act does and doesn't do
Axios 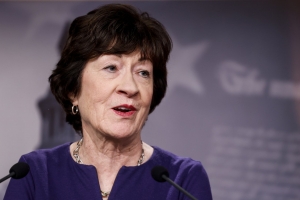 The Respect for Marriage Act, a historic bill to codify the right to same-sex and interracial marriages, cleared its main obstacle on Tuesday after it passed the Senate — but the measure's provisions don't go as far as many had hoped they would.

Why it matters: Lawmakers crafted the legislation after Supreme Court Justice Clarence Thomas suggested the court reconsider Obergefell v. Hodges, which legalized same-sex marriage nationwide, in a concurring opinion overturning Roe v. Wade. The bill, which the Democratic-led House is expected to vote on in December, would...

What Does the Respect for Marriage Act Actually Say?
Reason 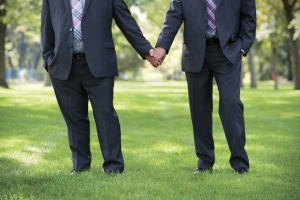 The Respect for Marriage Act passed the Senate Tuesday night by a vote of 61–36. Twelve Republican lawmakers crossed the aisle and voted with all the Democrats for the bill, which will enshrine federal recognition for same-sex and interracial marriages in states that have legalized it.

The Respect for Marriage Act is intended as a backstop should the Supreme Court ever decide to reconsider and overturn U.S. v. Windsor, which ruled that the federal government must recognize state-approved, same-sex marriages, and Obergefell v. Hodges, which ruled that all states and...