Politicians and the media reacted to the Senate's newly-released bipartisan gun safety framework on Monday.

With an evenly divided Senate, the bipartisan deal has a better chance of becoming law than other gun bills, including those recently passed by the House. President Joe Biden signaled his approval on Sunday, saying, “the sooner it comes to my desk, the sooner I can sign it.” “Obviously, it does not do everything that I think is needed, but it reflects important steps in the right direction,” Biden added.

The framework was approved by a group of 20 senators — including 10 Republicans whose votes would be needed to overturn a filibuster. However, that agreement could shift as senators work out the final text of the legislation. Senate Majority Leader Chuck Schumer called the framework “a good first step” and pledged to bring the legislation to a vote “as soon as possible”; Minority Leader Mitch McConnell said the framework showed “the value of dialogue and cooperation.”

Opinion coverage was relatively limited on Monday afternoon. While voices across the spectrum were generally supportive of the bipartisan framework, coverage from the left often framed the deal as “an encouraging first step” that fell short of what was needed to stop gun violence.

What's next for the Senate's bipartisan gun deal
Axios 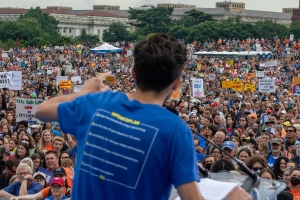 The bipartisan gun safety deal announced today falls well short of what President Biden has called for but still marks the first time in decades Republicans have shown a willingness to do anything resembling progress in this arena.

Why it matters: Narrowing the scope of negotiations to rule out restrictions on gun ownership was critical to securing the support of 10 Republicans — but there are still plenty of opportunities for the wheels to fall off.

Ten Republican senators appear ready to answer pleas from anguished relatives of recent mass shootings to "do something" by defying their own party's dogma on gun reforms.

The group struck a deal with Democrats on Sunday that could lead to more spending on mental health care, school security, extra scrutiny of young gun buyers and incentives to states to temporarily confiscate weapons from those deemed a threat.

Critically, the size of the group of senators brings the promise of overcoming the Senate filibuster, the procedural block requiring 60 votes that has allowed...

My Fellow Conservatives: We Should Support the New Bipartisan Gun Deal
Ari Hoffman 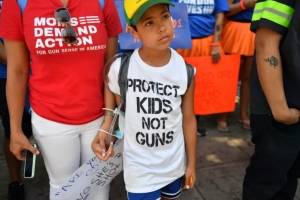 A bipartisan group of 20 United States senators—10 Republicans and 10 Democrats—has announced that they've reached a "breakthrough agreement on gun violence." Lawmakers have faced enormous pressure to act in the wake of the horrific school shooting in Uvalde, Texas that left 21 dead, 19 of them children. And it looks like for the first time in 30 years, they have delivered on this front. The agreement, which was announced Sunday, includes enhanced background checks for gun buyers under 21, funding for red-flag laws, and a provision barring domestic abusers from buying... 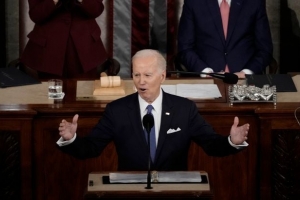