A bipartisan group of senators announced Sunday that they struck a deal on a gun safety framework.

The proposal includes enhanced background checks of buyers under 21, funding for mental health and school safety resources and state grants for "red flag" laws. Sen. Chris Murphy (D, CT), who lead the negotiations on behalf of the Democratic Party, called this "the moment where we break the logjam" and ultimately make a "meaningful difference" in reducing gun violence. While the deal falls short of what the Biden administration was looking to achieve, many Democrats have acknowledged that this legislation marks one of the most significant gun safety measure in decades.

Coverage of the "modest" bipartisan framework was similar across the spectrum. Some left-rated outlets cited mental health experts who said the majority of violent shooting are "not perpetrated by people with a history of mental illness." Right-rated outlets were more likely to emphasize how the proposal excludes a ban on assult weapons and an increase in the eligible age to buy semi-automatic rifles. 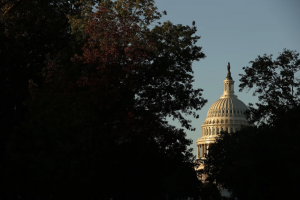 A bipartisan group of Senate negotiators say they have reached a deal on a package of safety and gun-related measures narrowly focused on preventing future shootings similar to the one in Uvalde, Texas, where 19 children and two teachers were killed in their school.

The proposal, which has not been written into legislative text, includes money to encourage states to pass and implement so-called "red flag" laws to remove guns from potentially dangerous people, money for school safety and mental health resources, expanded background checks for gun purchases for people... 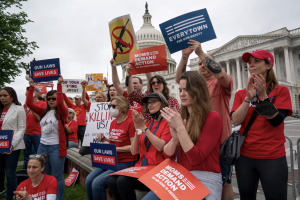 A bipartisan group of senators announced Sunday that they had reached agreement for a framework of gun safety measures that would include red flag laws, background checks and funds to secure schools — but wouldn’t raise the age to buy certain rifles to 21.

“Today, we are announcing a commonsense, bipartisan proposal to protect America’s children, keep our schools safe, and reduce the threat of violence across our country. Families are scared, and it is our duty to come together and get something done that will help restore their sense of safety and... 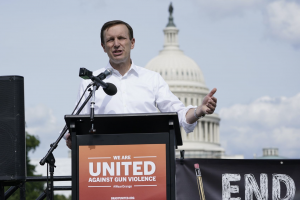 Senate negotiators said Sunday they reached a bipartisan framework on measures intended to limit some access to firearms, paving the way for the broadest federal legislation on guns in decades.

The proposal, after weeks of push and pull in the wake of mass shootings last month at a Buffalo, N.Y., supermarket and a Uvalde, Texas, elementary school, is narrower than what many Democrats had sought. It aims to go after illegal sales of guns and to fund mental-health programs and school security. It also provides incentives for states to implement and maintain so-called red-flag laws and includes juvenile...