Analysis from the right, left and center of Joe Biden's choice of Kamala Harris as his running mate.

From the Left
308
Elections
Kamala Harris was the safest, most experienced and most tested choice Biden could make
Washington Post 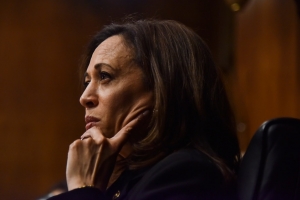 The process was long and winding, but in the end, former vice president Joe Biden landed exactly where he was expected to from the very beginning. Sen. Kamala D. Harris of California was always the safest, most experienced and most tested choice Biden could make.

Harris will create excitement as the first Black woman on a major-party ticket, but no ideological anxiety among middle-of-the road voters. Like Biden, she occupies the Democratic Party’s center ground. And she will raise no questions as to whether she is qualified to take over... 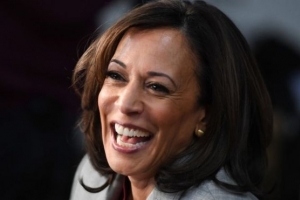 Sometimes the obvious pick is obvious for a reason.

Kamala Harris was the front-runner to be Joe Biden's running mate pretty much since the moment the presumptive Democratic nominee announced in March that he would pick a woman to be on his ticket.

She was a safe pick and a practical one. She's also now in the position to be the heir apparent for the Democratic Party - whether it's in four years because Biden loses in November or doesn't run for re-election or eight years if Biden serves two... 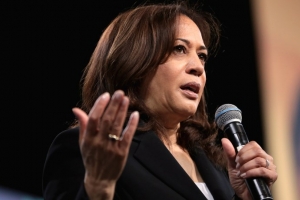 So, it’s Kamala. After all the speculation about whom Biden might pick to be his running mate, he chose the woman most likely to get the nod all along, according to the betting markets.

The California senator was and is widely seen as the “safe” choice, given the constraints Biden had imposed on himself. He pledged to pick a woman, and after the George Floyd protests he seemed increasingly likely to pick an African-American woman.

Harris checks both boxes, and as the only black female Democratic senator or governor in...

Days before President Donald Trump’s Supreme Court pick leaked out, he had already made up his mind. Even as White House aides and allies tried to draw out...

Russian President Vladimir Putin on Friday proposed a deal with the United States that would guarantee neither country interfere in the other’s elections weeks...

President Trump named Amy Coney Barrett as his nominee for the Supreme Court Saturday evening with a live, televised reveal from the White House Rose Garden...