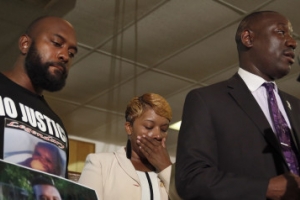 The family of Michael Brown will file a civil lawsuit against the city of Ferguson, Missouri, and former Ferguson Police Officer Darren Wilson, an attorney for the family announced Thursday.

The news comes just one day after the U.S. Department of Justice officially announced its decision not to file federal charges against Wilson for fatally shooting Brown last July.

In a press conference, family attorney Anthony Gray expressed the family’s disappointment in the Justice Department’s decision and announced the next legal actions they plan to take. 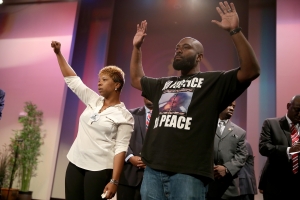 The parents of Michael Brown Jr. have made plans to file a wrongful death lawsuit against the city of Ferguson and former Ferguson police officer, Darren Wilson. Attorneys for the family, Anthony D. Gray and Daryl D. Parks addressed the media Thursday morning during a news conference that took place at the Greater St. Mark Missionary Baptist Church.

According to Gray, they “obviously disagree” with the findings from the Department of Justice’s investigation citing the same systematic issues taking... 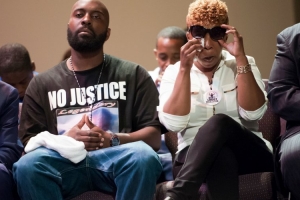 Michael Brown's family said it plans to bring a civil lawsuit for the wrongful death of their son against Darren Wilson and the city of Ferguson. The announcment came a day after the Justice Department released its report on the abuses of the police department and said Wilson wouldn't be charged for violating Brown's civil rights. Brown family attorneys note that the burden of proof is lower in a civil case than the criminal cases that were considered by both the federal government and a St. Louis County grand jury.

Read full story
Some content from this outlet may be limited or behind a paywall.
See full media bias rating for Daily Beast
More Stories »
Violence In America
Go ad-free! Support AllSides.
About these ads
AllSides partners with Citizen Connect to help people connect across divides.