The economy grew by 2.9 percent in 2018, the Bureau of Economic Analysis reported today. Some media outlets emphasized that the 2.9 percent figure, which represents an average of the economy's growth over the course of the year, fell short of Trump's goal of 3 percent. Others noted that when comparing the fourth quarter of 2018 to the fourth quarter of 2017, the economy grew 3.1 percent. 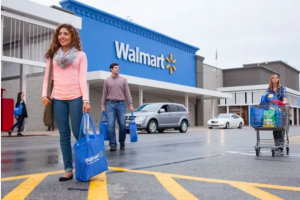 The U.S. economy last year matched its best performance since the Great Recession of 2007-09. But is that as good as it's going to get?

Read full story
Some content from this outlet may be limited or behind a paywall.
See full media bias rating for USA TODAY
From the Left
302
Economy and Jobs
U.S. Economy Cooled as G.D.P. Grew at 2.6% Rate in Fourth Quarter
New York Times (News) 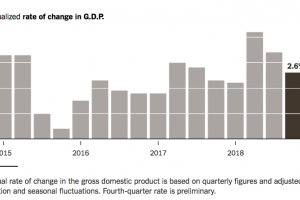 The pace slowed from midyear after losing the momentum generated by tax cuts.

Read full story
Some content from this outlet may be limited or behind a paywall.
See full media bias rating for New York Times (News)
From the Right
302
Economy and Jobs
GDP Grows Above-Forecast 2.6 Percent as Business Spending Picks Up
Newsmax (News) 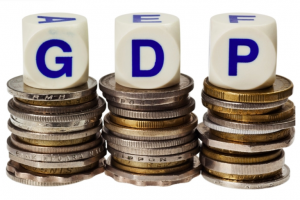 The U.S. economy cooled by less than expected last quarter as business investment picked up, suggesting growth could be stronger for longer as the Federal Reserve takes a patient approach to interest rates.

Read full story
Some content from this outlet may be limited or behind a paywall.
See full media bias rating for Newsmax (News)
More Stories »
Economy And Jobs
Go ad-free! Support AllSides.
About these ads
AllSides partners with Citizen Connect to help people connect across divides.