The CIA and White House are critical of the CNN report claiming the CIA had pulled a high-level spy out of Russia after a supposed mishandling of classified material. CNN is standing by their reporting, which the White House says is incorrect and could put lives at risk. 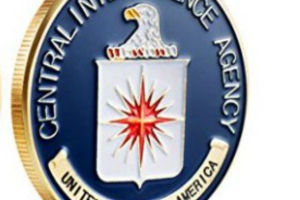 The CIA is pushing back against news reports that it pulled a U.S. asset from Moscow two years ago because of President Donald Trump, calling the story "simply false."

It was reported Monday that a Russian who had been working inside the Kremlin with access to Russian President Vladimir Putin is now living in Washington, D.C., under U.S. protection. The person was evacuated from Russia by the CIA, according to the report, after the agency believed Trump divulged too much classified information to the Russians and may have put the...

In a previously undisclosed secret mission in 2017, the United States successfully extracted from Russia one of its highest-level covert sources inside the Russian government, multiple Trump administration officials with direct knowledge told CNN.

A person directly involved in the discussions said that the removal of the Russian was driven, in part, by concerns that President Donald Trump and his administration repeatedly mishandled classified intelligence and could contribute to exposing the covert source as a spy.

The decision to carry out the extraction occurred soon after a May 2017 meeting... 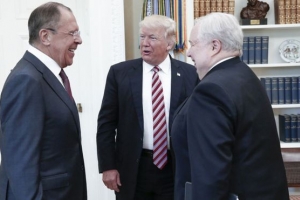 The US extracted a high-level spy from inside Russia in 2017, reports say.

Citing "multiple Trump administration officials with direct knowledge" of the operation, CNN reported that US intelligence feared the source's cover could be blown by US officials.

The decision was made soon after a meeting in which President Trump unexpectedly shared classified US intelligence with Russian officials.

Reports said the mole was the highest-level US source inside Russia.

Reporting by CNN and the New York Times said the source was outside the inner circle of Russian leader President...

President Trump claimed in a late-night tweet that he was not briefed on intelligence about a Russian unit offering bounties on American service members in...