Attorney General Merrick Garland announced the Justice Department will investigate the policies and operations of the Minneapolis Police Department, a day after the former Minneapolis officer Derek Chauvin was found guilty on all counts in the death of George Floyd. The outcome of Chauvin's trial “does not address potentially systemic policing issues in Minneapolis,” Garland said Wednesday. Garland said the investigation will examine whether the Minneapolis Police Department engages in "unconstitutional" or unlawful policing, which includes "a pattern or practice of using excessive force,” and examine the force’s “current systems of accountability” for officers accused of misconduct. Garland promised to issue a public report and bring a civil lawsuit if any misconduct was found. This comes after the Minneapolis city council approved $6.4 million to the city police department for more police recruits in February, after a June proposal to eliminate the city’s police department fell apart.

The story received consistent coverage across the political spectrum; outlets from the left- and center- provided analysis and speculation as to what this could mean for police misconduct in the future. 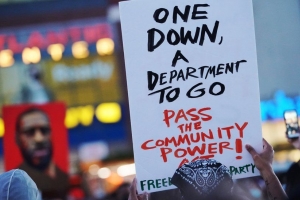 A US federal investigation has been launched into policing practices in the city of Minneapolis, a day after one of its former officers was convicted of the murder of George Floyd.

The justice department will look at whether there has been a pattern "of unconstitutional or unlawful policing", Attorney General Merrick Garland said.

It follows national outrage over the killing of Mr Floyd by Derek Chauvin.

The former officer was convicted of all charges against him on Tuesday.

Chauvin was filmed kneeling on Mr Floyd's neck for more than nine... 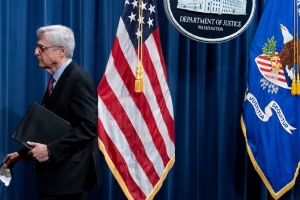 The Justice Department will investigate the policies and operations of the Minneapolis Police Department, Attorney General Merrick B. Garland announced on Wednesday, a day after the former officer Derek Chauvin was convicted of murder in the death of George Floyd in a rare rebuke of police violence.

Such investigations are often the precursors to...

Read full story
Some content from this outlet may be limited or behind a paywall.
See full media bias rating for New York Times (News)
From the Right
3852
Criminal Justice
AG Garland Opens Probe into ‘Unconstitutional’ Practices at Minneapolis Police Department
National Review 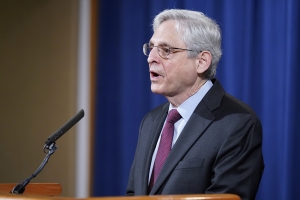 The guilty verdict against former officer Derek Chauvin for the murder of resident George Floyd “does not address potentially systemic policing issues in Minneapolis,” Garland said during a Wednesday address.

"Today, I am announcing that the Justice Department has opened a civil investigation to determine whether the Minneapolis police department engages in a pattern or practice of unconstitutional or unlawful policing,” Garland told reporters. The...