Former Minneapolis police officer Derek Chauvin was found guilty Tuesday of second-degree unintentional murder, third-degree murder and second-degree manslaughter in the May 2020 death of George Floyd. The jury reached its verdict after roughly 10 hours of deliberation; the second-degree murder charge is the most serious, carrying a maximum of 40 years in prison. Chauvin will be sentenced at a later date.

The story was highlighted prominently throughout the spectrum Tuesday afternoon. Many focused on social justice demonstrations around the country Tuesday, as well as the potential for violence if the public wasn't satisfied with the verdict. Reports from left-rated sources often focused more on the prosecution's case against Chauvin and public criticism of his actions; coverage from right-rated outlets sometimes focused more on the defense's case, and highlighted concerns about the jury's ability to remain impartial. 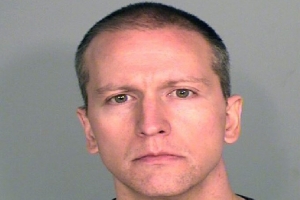 On May 25, Chauvin and three other officers arrested and detained Floyd after he allegedly gave counterfeit money at a convenience store. Following a struggle to get Floyd into the back of a police cruiser, viral video shows that Chauvin kneeled on Floyd’s neck and back for nearly nine minutes to detain Floyd while awaiting... 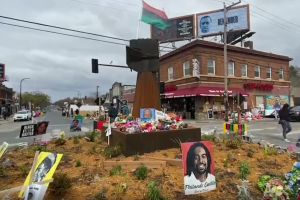 The jury has found former police officer Derek Chauvin guilty on all counts in the murder of George Floyd last May.

Chauvin, 45, was found guilty of second- and third-degree murder and second-degree manslaughter.

The judge asked each juror if the verdict was correct, thanked them for "heavy duty jury service," and dismissed them. He revoked bail and told Chauvin to report back in eight weeks for sentencing. Chauvin was handcuffed and taken into custody.

The former officer, who is white, was seen on video pinning George Floyd, a 46-year-old...

Read full story
Some content from this outlet may be limited or behind a paywall.
See full media bias rating for USA TODAY
From the Left
3852
Criminal Justice
Derek Chauvin Found Guilty On All Charges In George Floyd’s Death
HuffPost 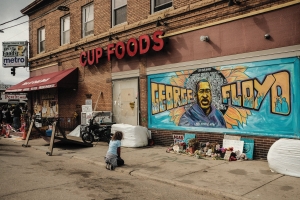 Derek Chauvin has been convicted of two counts of murder and one count of manslaughter in the death of George Floyd, concluding a trial that drew intense national interest and amplified concerns over the disparate ways police treat Americans of color.

The former Minneapolis officer, who is white, will likely face time behind bars. His sentence will be determined by Judge Peter Cahill. The 12 jurors reached their verdict after roughly 10 hours of deliberation that began Monday.

Chauvin was one of three officers who pinned down Floyd, a Black...

A Minnesota judge has found aggravating factors in Derek Chauvin's murder of George Floyd — a finding that dramatically increases the likelihood of a longer...

Prosecutors unveiled murder charges against the white man accused of shooting and killing eight people, six of whom were Asian women, at Atlanta-area spas,.AP...

Police officers at Breonna Taylor's apartment shouldn't have returned any gunfire because it wasn't safe to do so, a department investigator determined in a...

The Police Dog Who Cried Drugs at Every Traffic Stop
ANALYSIS

A top official within the U.S. Marshals Service reported that 387 missing children—a record high number—were recovered by the agency in 2020.

Convicted ex-officer Derek Chauvin may face a longer sentence after a Minnesota judge ruled there were aggravating factors involved in the death of George...

Baltimore mayor announces that mental health ‘counselors’ — instead of police — will be sent to...

Baltimore Mayor Brandon Scott (D) has announced a new pilot program that will direct some 911 emergency calls to mental health professionals in lieu of...