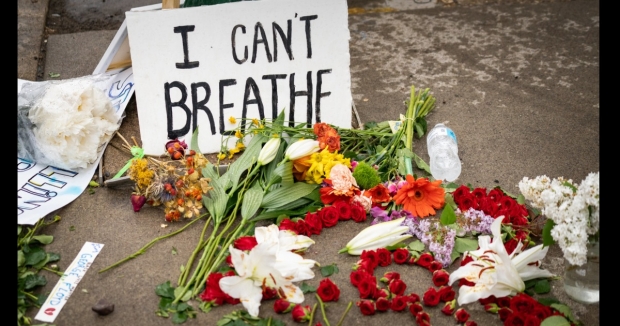 Minneapolis, the city where a worldwide movement began last summer after the death of George Floyd, is back in the news again. Well, not really.

There are undoubtedly newsworthy things happening in Minnesota. The Minneapolis City Council voted unanimously, 13-0, on Feb. 12 to approve $6.4 million for more police recruits. The Minneapolis Police Department (MPD) requested the funding eight days prior, and the city council complied in a reversal of its vote last June to eliminate the police force. But why?

The answer looks simple. Nine months after Floyd’s death and the topic of police brutality took over the media and advocacy sphere, the situation has evolved.

In June, the city unanimously approved a proposal to eliminate the city’s police department —a proposal that fell apart months later. In December, the council then voted to divert almost $8 million from the proposed policing budget to other city services. All the while, the department has been losing officers, violent crimes have risen in recent months, and some residents have called for a heightened police presence.

But you probably wouldn’t know about this by reading today’s news.

After many news outlets focused closely on the aftermath of Floyd’s death for much of the past nine months, few covered the city council’s recent decision with anything close to the same attentiveness.

Center-rated outlets such as Axios and the Associated Press (we separately rate AP’s Politics section as Lean Left) offered brief reports on news. The New York Daily News (Left bias) is the only left-rated outlet with original reporting on the story. The Star Tribune, Minneapolis’ major newspaper, was the first to report the news.

Many right-rated sources also covered the story, such as Fox News, New York Post and TheBlaze. But these articles similarly lacked depth, and often came with a “told-you-so” sort of tone.

There’s a few news articles, but no sustained coverage — nothing like what we saw for much of 2020 after Floyd died. Massively influential outlets like the New York Times, the Wall Street Journal, Reuters and CNN all covered the council’s move to eliminate the MPD last June (some, like the Times, highlighted the news on its homepage) ... but they didn’t cover its recent vote to give the department more funding.

This news is a significant progression in one of the major stories of the past year. Why isn’t it a bigger story?

The Minneapolis Police Department (MPD) was the subject of constant national news coverage after the death of Floyd, a black man, on May 25 of last year under the knee of a white police officer. News outlets followed every move made in Minneapolis and other U.S. cities in the weeks and months that followed — the vigils, marches, riots, calls for justice, legislative proposals, etc. Floyd’s life, death, and the movement that transpired quickly became the country’s largest story for months. For many, it seemed like the most important.

Not even a year later, and the MPD has roughly 200 less officers available than usual. There’s around 638 available personnel, down from its normal level of the mid-800s. The city isn’t sure how many officers will return, or when. Why isn’t this a story now?

Despite the lack of coverage, the situation is very much ongoing in 2021. Calls remain for the city’s police department to be defunded or replaced. “Yes 4 Minneapolis” is a petition to replace MPD with a Department of Public Safety, and the group is seeking 20,000 signatures by the summer. It's already received at least one substantial outside donation: $500,000 from the Open Society Foundation, a project of progressive billionaire George Soros.

Meanwhile, at least 150 MPD officers have filed disability claims through the state’s Public Employees Retirement Association “because of a physical or psychological disability” since last May, typically for post-traumatic stress disorder (PTSD). Depending on the type of disability claim they file, officers will continue to collect anywhere from at least 40 to 60% of their salary while on leave.

The Black Lives Matter movement’s 2020 resurgence started on the streets of Minneapolis. The story and city became a constant focus of the national media. The country — and at times much of the world — seemed gripped by the story.

Now, there’s been a major development in that story. At the very least, it’s a partial pivot from some of the anti-police sentiments that went mainstream last summer. But without the media’s attention, the national conversation about this is left incomplete and under-informed.

Where is the Coverage?

Based on how much this story was covered for the past nine months, this development should be much bigger news. “Defund the police” donned headlines for weeks following Floyd’s death, and the advocacy movement spread to almost every other major city, with cities including New York, Portland, Los Angeles and others voting to remove millions of dollars from their police services.

Turns out, the city council and some of the residents where Floyd died think they need at least some police. If you cared about the Floyd story, you should know about this maturation.

News outlets seemed to think their audiences cared a lot about this over the past year. Why wouldn’t they now?

Maybe outlets think audiences aren’t interested as much anymore, but I doubt that. We see examples of racial tensions go viral weekly. A day after Minneapolis City Council voted for more police, The Bachelor host Chris Harrison stepped away from the show after making remarks in an interview that some perceived as racially insensitive. The story was covered everywhere from the New York Times to Breitbart.

Local police departments and city budgetary decisions aren’t typically worth national coverage. But this is not a typical police department or a typical local situation. The behavior of the MPD officer who knelt on Floyd didn’t just rile the city, but much of the world. Any trickle-down effects from that remain relevant — especially as the city council which voted to disband the department eight months ago has now come to its rescue.

Media coverage on all sides honed in on defunding police narratives since Floyd’s death. Subsequently, audiences were led to believe that the matter was very relevant. Now, this latest story is evidence that that movement may not be sustainable, and it’s coming from the very heart of where the movement arose last year. You’d think maybe it would attract similar attention.

As noted, some right-rated outlets seemingly covered the recent news out of spite. But at least their audiences could have seen the basic facts and expanded their understanding of the ongoing debate about the role of police in the U.S. People who only read left-rated outlets likely heard nothing about this development in a story they’ve been fixated with for most of the past year.

What’s perhaps worse is the lack of deep reporting on the subject. Most of the articles on the city council’s recent vote just seemed like paraphrased regurgitations of each other.

Of the few “reports” published about the new funding, only two asked common citizens how they feel about it. The AP quotes one person who signed the petition to replace the department, but doesn’t quote the other side. NBC Montana published interviews with a North Minneapolis resident and with a former city council member named Don Samuels, who tried to sum up the council’s goals: “We have to end the abuse by police of our citizenry, and we have to have enough police to keep people safe.”

This bit of boots-on-the-ground coverage was great, but came from a TV station in another state. Who else will step up and give the city more of a voice?

George Floyd, Minneapolis, and the defund police movement are still being talked about nearly a year later by people across the world. This most recent development adds a lot to the story, and should make it into those conversations. But it can’t if news outlets aren’t covering it. If an outlet reported heavily on police in Minneapolis back then but not now, it has failed its audience.

Journalists and editors aren’t thinking like this as much as they should. Because we decide when a story becomes a story, we must also decide when it’s no longer a story.

A city council that voted just eight months ago to disband its police department — the department responsible for Floyd’s death — has now voted to help save it. This doesn’t seem like the right time for news sources to drop the subject.

(As of this writing, the news departments at Reuters, CNN, the New York Times and the Wall Street Journal had not responded to requests for comment.)

Media bias by omission is a common type of media bias in which outlets choose not to cover certain stories, or omit stories or information that may support an alternative viewpoint. Some journalists may even omit details to serve their agenda. What news may I not be getting? is a question always worth asking yourself, but is a tough question to answer if you read news in a filter bubble.

Don’t just wait on your favorite news outlets to fill you in about something. You have no idea what you’re missing by only relying on a small number of partisan sources.

Actively read both sides before you form an opinion, and use our Balanced Search tool to help you get there. Run a few quick searches online about the story to make sure you’re up to date before you jump into a conversation.

News moves at lightning speed, many media outlets have partisan agendas, and things can get lost when they shouldn’t. As a responsible news consumer, you’ve got to be ready and willing to fill in the blanks.