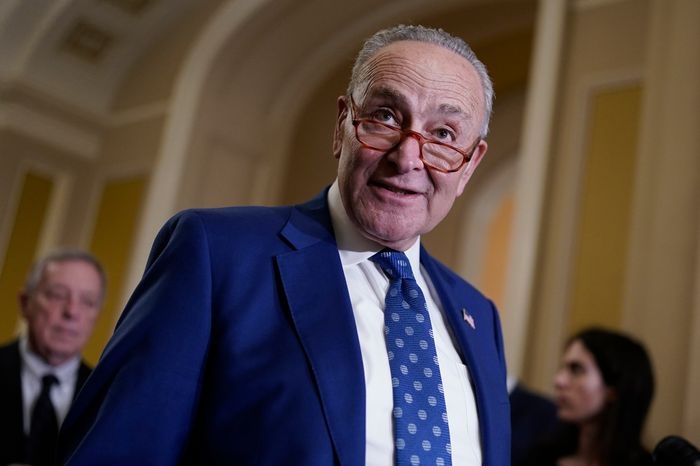 Senate Majority Leader Chuck Schumer on Monday called on Republicans to unveil the spending cuts they’re demanding in exchange for raising the U.S. debt limit, saying the GOP must put ideas before voters.

“If Republicans are talking about draconian cuts, they have an obligation to show Americans what those cuts are and let the public react,” the New York Democrat said in a floor speech.

House Speaker Kevin McCarthy and other Republicans have demanded combining cuts to spending with raising the debt limit.

News and Information about Politics
Go ad-free! Support AllSides.
About these ads
https://www.marketwatch.com/story/schumer-republicans-should-reveal-draconian-debt-limit-demands-to-voters-11674508063