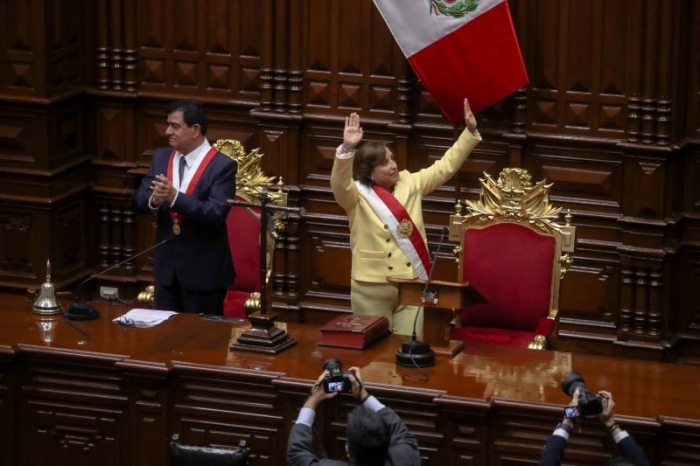 Dina Boluarte became Peru’s first female president on Wednesday, capping off a dramatic day which saw her predecessor detained by police and impeached by lawmakers.

Boluarte, the country’s former Vice President, was sworn into the top job at Congress to become Peru’s sixth president in under five years.

The ceremony took place hours after a majority of 101 members in the 130-person legislative body voted to impeach former leader Pedro Castillo.

The tumultuous day began when then-President Castillo announced plans to dissolve Congress and install an emergency government, ahead of...